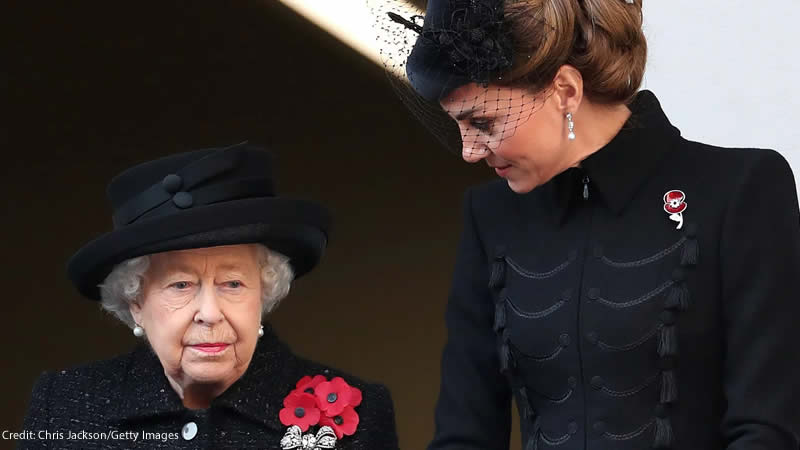 THE Queen has passed on to Kate, Duchess of Cambridge, two of the royal patronages Prince Harry had to relinquish after stepping down as senior royal, it has been announced.

Kate has been appointed as the new royal patron of the Rugby Football Union (RFU) and the Rugby Football League (RFL) (RFL). Her office, Kensington Palace, said these new appointments “closely align with Her Royal Highness’ long-standing passion for sport and the lifelong benefits it can provide”.

This announcement confirmed previous reports that the Duchess, regarded as a safe pair of hands within the Royal Family, would take on some of the roles Prince Harry officially renounced in February last year, after he and his wife Meghan Markle informed the Queen that they would not resume their duties as full-time working royals, from which they had stepped down at the end of March 2020.

The Duke of Sussex also stepped down as patron of the London Marathon Charitable Trust and president of the Queen’s Commonwealth Trust at the time.

He also had to relinquish his three honorary military titles, including Captain-General of the Royal Marines, Honorary Air Force Commandant of Royal Air Force Base Honington, and Honorary Commodore-in-Chief of the Royal Naval Commands’ Small Ships and Diving.

Kate is the first working royal to take on some of the duties left vacant by the Duke and Duchess of Sussex.

The Sunday Times reported over the weekend that Camilla, Duchess of Cornwall, would take Meghan’s place as patron of the National Theatre, but no official announcement has yet been made.

Kensington Palace released a short video clip of the Duchess of Cambridge passing a rugby ball to England players to announce her two new patronages.

The video was shared on Twitter, along with the message, “I am so thrilled to become Patron of the @TheRFL and @EnglandRugby.”

“Two fantastic organizations who are committed to harnessing the power that sport can have in bringing communities together and helping individuals flourish.

“I look forward to working with them across all levels of the games, and to cheering England on in what promises to be an exciting year for both sports!”

To emphasize that this message was written by Kate, the tweet was signed off with her initial, ‘C.’

Kate is well-known for her love of sports and has long advocated for the benefits of sports and fresh air on the mental health of children and adults.

The Duchess already serves on several sports-related boards, including SportsAid and the 1851 Trust.

She is also a big rugby fan, and it’s said she grew up watching England games with her family.

A source said: “The Duchess has happy memories of watching rugby matches with her family as a child.”

Both the RFU and RFL publicly welcomed Kate’s appointment.

Bill Sweeney, chief executive of the RFU said: “It is a great honor to welcome the Duchess of Cambridge as our patron.

“Our aim is to enrich lives, introduce more people to rugby union, develop the sport for future generations and create a successful, thriving game across the country.

“As rugby clubs have reopened across the country, players, officials, and volunteers are celebrating being back in the game together, and we know the support of the Duchess will be greatly valued from our grassroots clubs and fast-growing women and girls’ game, right up to our elite men’s and women’s England teams.”

He said: “We are delighted to welcome her as we prepare to host Men’s, Women’s, Wheelchair and Physical Disability Rugby League World Cups in England this autumn.

“Our sport’s history has been built on a commitment to tackling inequalities and we honor that through our focus on having a positive social impact well beyond the pitch.

“We look forward to working with the duchess in the years to come, and I know all levels of our sport will welcome her to the rugby league family.”

Kate’s new rugby role with England puts her against her husband, Prince William, who is the patron of the Welsh Rugby Union.

The Duchess of Cornwall, who is expected to become Princess of Wales once Prince Charles ascends to the throne, proudly cheered for Wales alongside her husband at the 2015 Rugby World Cup.

The Cambridges wore Welsh colors and sang the Welsh national anthem as Wales faced England at Twickenham, while Harry wore an England rugby shirt with the message “Carry Them Home” on the back.

The Cambridges are already known for their friendly rivalry, especially during on-pitch sporting events.