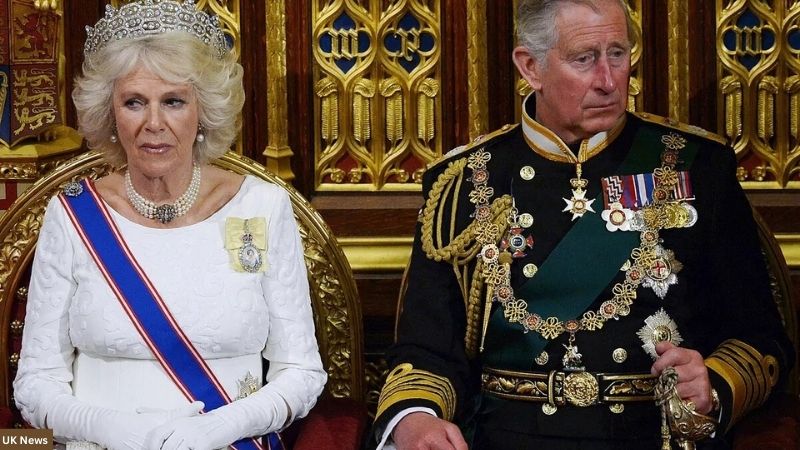 Christmas at Sandringham will be a little different this year: aside from the most visible change Her Late Majesty is no longer with us, King Charles and Queen Consort Camilla are reportedly throwing a huge Christmas party with a much larger than usual circle of relatives, according to The Mirror. Two relatives who were not invited? Prince Harry and Meghan Markle, whose Netflix docuseries Harry & Meghan has done nothing except exacerbate relations with the rest of the royal family.

“The gathering is thought to be one of the biggest the royals have thrown in several years since the last two Christmases were hampered by the pandemic,” the outlet reports. On the guest list? The Prince and Princess of Wales and their three children, Zara and Mike Tindall (daughter and son-in-law of Charles’ sister, Princess Anne), and, notably for the first time, Camilla’s two children, Tom Parker-Bowles and Laura Lopes.

Princess Anne, Prince Edward and Sophie, Countess of Wessex, Princess Beatrice, and Princess Eugenie will be there, and even disgraced Prince Andrew and his ex-wife, Sarah Ferguson, have been invited, despite Andrew being stripped of his titles and duties as a working member of the royal family. “It’s understood the family is planning to all walk to the morning church service together as a show of unity,” The Mirror reports.

Apart from Harry and Meghan, Harry’s forthcoming memoir, Spare, and its unknown contents will loom over the family on Christmas, since the book isn’t due out until January 10.

“Camilla is keen that her family is at the heart of Christmas, particularly as Charles won’t have his youngest son there,” a source tells The Sun, per The Mirror. “It is an extremely important Christmas, coming just months after they last all gathered for the Queen’s funeral…We saw the togetherness at the Princess of Wales’ carol concert this week, and Christmas will be held in the same spirit.”

And don’t hold your breath waiting for the royal family to react on Harry & Meghan, both the eponymous documentary series and the twosome themselves. The Mirror reports that a source says “some astonishing claims have been made but the family is determined to stick together and maintain a dignified silence. They will not be dragged into a tit-for-tat row.”