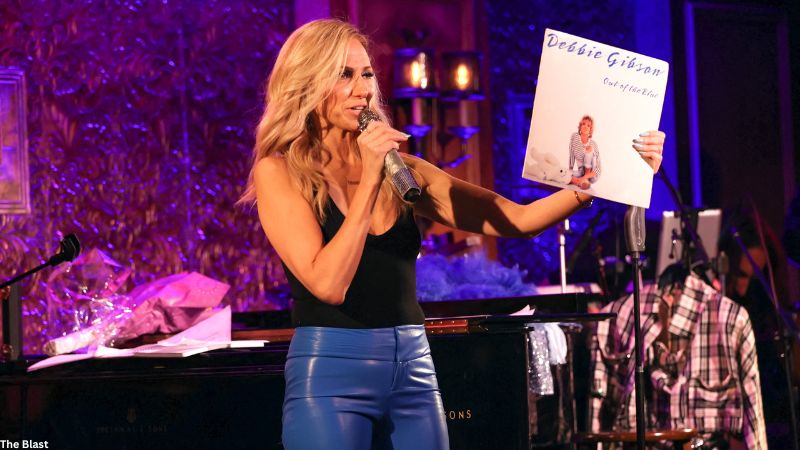 The “Only in My Dreams” singer expressed her desire for nothing but the best for Spears, who has had years of hardship, including a 13-year conservatorship that ended last year.

“It’s very easy to kind of mock her social media posts,” Gibson told Page Six. “But I see somebody who is joyful and just dying to get out of that bubble. She’s a natural performer, so if she has to perform in her living room, on social media, that’s what she’s going to do.”

While Spears is frequently seen posting videos of herself dancing at home, Gibson thinks the “Stronger” singer will return to performing live for her millions of fans soon.

“I hope she finds her stage again,” Gibson said.

Gibson, who rose to fame as a teen pop sensation in the 1980s with songs like “Foolish Beat” and “Shake Your Love,” credited her protective parents for keeping her safe throughout her days as a music celebrity. Gibson’s mother, late music manager Diane Gibson, protected her daughter from the industry’s darker side.

“I jokingly but not jokingly say she literally threw her body in front of anybody that was out to cause me any kind of harm, and she prevented any sort of #MeToo situation from happening,” Gibson continued. “It didn’t always get her brownie points but got her a lot of respect, and it protected me. So, I’m really lucky that I had protective parents that didn’t want anything from me but for me to turn out sane and happy and healthy.”

Despite the fact that her mother died in January of this year, Gibson maintains a close relationship with her father. The couple may share live videos on Instagram on occasion.

“I’m very lucky because I had my mom and my dad. I spoke to my dad last night, and he is one of my favorite people in the world, and I have a great relationship with him,” said Gibson, carefully alluding to the troubled relationship between Britney and her father, Jamie Spears, who placed his daughter under a conservatorship back in 2008.

Following her mother’s passing in January, Gibson wrote an emotional Instagram post on how her mother catapulted her daughter to teen superstardom despite having no previous knowledge of the music industry.

“Diane loved fiercely, protected those she cared about with every fiber of her being, and with no college education and no showbiz connections went on to become a bold and groundbreaking music manager in what was a man’s world,” she wrote. “Self-taught and street smart, a force of nature and the OG ‘Momager,’ guided by her intuition, love of music, and the desire to help see my vision to its fullest potential, she stopped at nothing to help get my music heard leaving an undeniable mark on the world and its cultural landscape. I quite literally couldn’t have done any of this without her.”

Gibson noted that the key to her relationship with her mother was Diane’s constant attention to her daughter.

“She did not care about her reputation as much as she cared about me turning out sane and healthy. We went through all the ups and downs and twists and turns of a true partnership but our relationship landed at the most loving and lovely juncture,” she wrote.