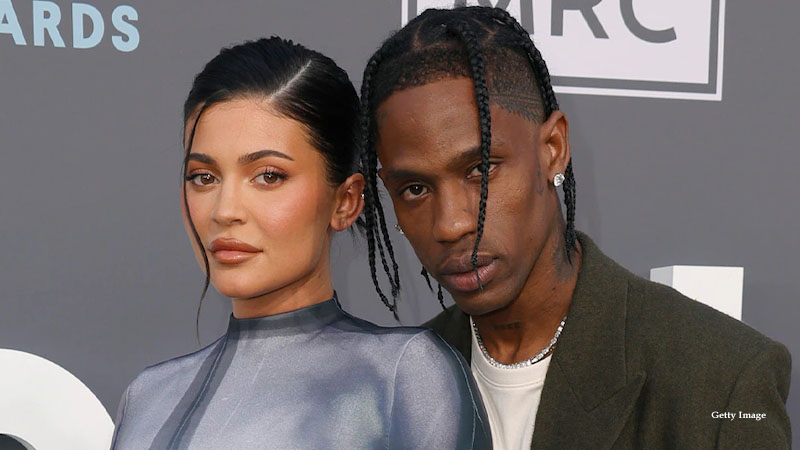 Travis Scott shared a photo of his recent dad duties with Kylie Jenner for their son. See how Travis is getting him “ready” for a future in sports.

For Travis Scott’s son, the ball is already life.

On July 5, the rapper shared a rare glimpse into his parenting techniques with his son, who he shares with Kylie Jenner. He posted a picture of their 5-month-Little old’s Tikes DiscoverSounds Sports Center, which is packed with plastic sporting goods, and the caption, “Me and mama getting him ready,” suggested that he was getting ready for the major leagues, as per E! Online.

The toddler toy, which comes with a scoreboard that lights up, a basketball hoop, and a baseball bat, at the very least, makes it plain that the Astroworld singer is all for having a little athlete around the house.

Who knows, maybe the youngster may inherit his parents’ passion for basketball. After all, Kylie and Travis first sparked relationship rumors at an NBA game following their courtside date in 2017.

After the reality star revealed in March that she had changed their son’s name from Wolf, Travis, and Kylie, who also share 4-year-old Stormi Webster, have not yet revealed their son’s new name.

However, despite the fact that the pair has kept some of those facts a secret, Kylie has sometimes shared bits about her newborn boy on social media.

Earlier this week, the founder of Kylie Cosmetics paid a special Father’s Day tribute to Travis by posting a picture of the father and their two children, though she covered her son’s face with a brown love emoji.

Kylie has also been candid about her postpartum journey after giving birth earlier this year.

“I have been dealing w tons of back & knee pain this time so it slows down my workouts,” she wrote on her Instagram Story on June 14. “but I am on a mission to get strong again.”

She said the adjustments to her new body have taken a toll on her mentally as well.

“It’s just crazy and, yeah, I didn’t wanna just get back to life without saying that because…we can go on the internet and it might look a lot easier for other people and put the pressure on us but it hasn’t been easy for me either,” she added. “It’s been hard, and I just wanted to say that.”