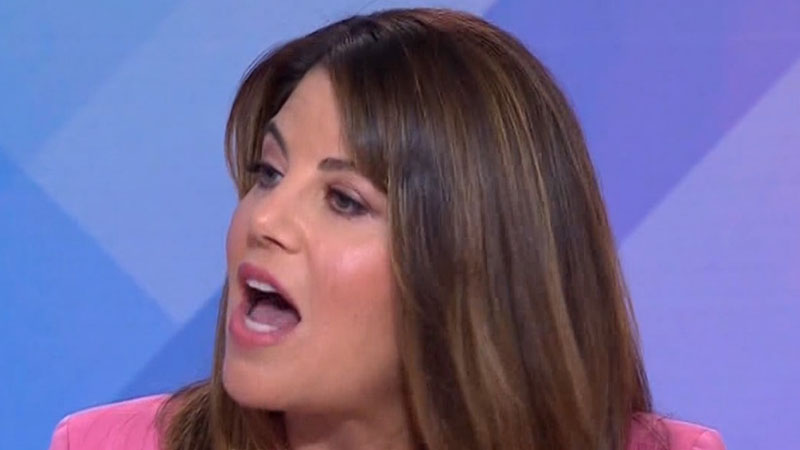 Monica Lewinsky previously expressed a need for “resolution” with Bill Clinton following his impeachment, but she now claims she no longer has that “feeling” and no longer needs closure.

Bill Clinton does not need to apologize to Monica Lewinsky for their sex scandal.

The activist and producer of American Crime Story: Impeachment (a new FX series starring Beanie Feldstein as her younger self) spoke with TODAY about why she no longer feels the former president owes her an apology.

Savannah Guthrie asked if she wished she could talk to Clinton or if she believes he owes her an apology after all these years.

“There was a long period before my life changed in the last six or seven years, where I felt a lot in terms of there not being this resolution,” Lewinski, 48, responded. “I’m very grateful that I don’t have that feeling anymore. I don’t need it.”

Then she suggested that Clinton should still apologize. Lewinsky said, “He should want to apologize, in the same way, that I want to apologize any chance I get to people that I’ve hurt and my actions have hurt.”

Starting Tuesday, Sept. 7, viewers will see her side of the story by watching the dramatization of the 1990s impeachment saga. But does she want Clinton to watch the show?

“I don’t even know how to really answer that,” Lewinsky told Guthrie.

She admitted that watching Feldstein play her younger self has been “really hard,” adding that she wants she could tell younger Monica Lewinski not to “make bad decisions.” She still considers the ordeal to be “some of the worst” moments of her life, and she says she “regrets” a lot of her “cringe-worthy” behavior of her 20s.

During her interview with TODAY, the former White House Intern said she isn’t sure if the scandal would have played out the same way today as it had in 1998.

“I don’t know that it would be as different as people want to think it would be,” Lewinsky said. “But we are having conversations about power differentials in different ways. It’s not just people in power who have voices. The beauty and the beast of social media is more people can be heard. I might have had a little bit of support.”