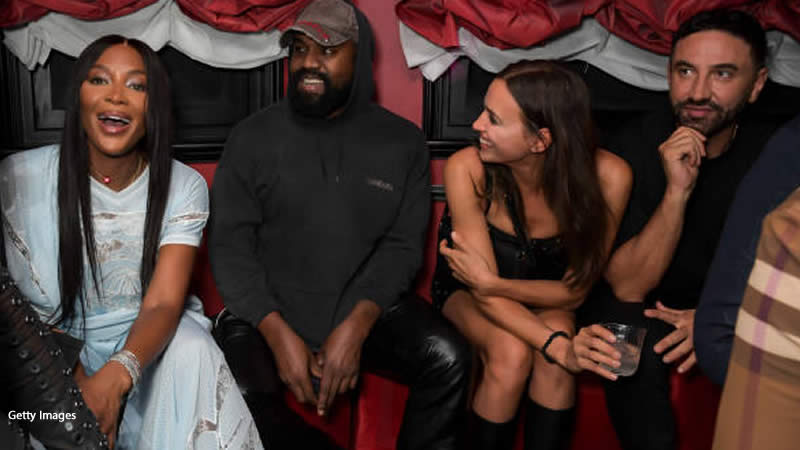 Kanye West and ex-girlfriend Irina Shayk laughed together at the Burberry show during London Fashion Week, nearly a year after they split up.

According to a Vogue video posted on Monday, the Yeezy founder, 45, was greeting several models backstage when he embraced Shayk, 36.

“I got you!” she told the rapper with a laugh before he moved on to talk to Bella Hadid, Stella Maxwell, Erykah Badu, and creative director Riccardo Tisci.

Shayk was dressed for the show in a black, velvet, off-the-shoulder black dress with mesh gloves.

West, who was seen dining with friends at Hakkasan Mayfair the night before, later showed his appreciation for Shayk by posting an Instagram video of the model walking the runway.

The brief encounter was one of the first times the former couple was seen together since their divorce in July 2021.

Rumors of a romance began to circulate in June of that year, when the couple was spotted in Provence, France, celebrating West’s 44th birthday.

However, things quickly fizzled out two months later when the model who shares a 5-year-old daughter with Bradley Cooper decided the two would be better off as friends.

“She likes him as a friend, but doesn’t want a relationship with him,” one source told head topics at the time, adding that “she doesn’t want the association that they are dating” to be making headlines.

Although Shayk prefers to keep her relationships private, West has used social media to discuss his post-divorce relationship with his ex-wife, Kim Kardashian, following their divorce.

Earlier this month, the “Heartless” rapper took to social media to criticize his ex-family and the reality star’s parenting.

In text messages between him and Kardashian, which he shared on Instagram, the fashion designer, who founded the Donda Academy claimed he had no say in his four children’s education.