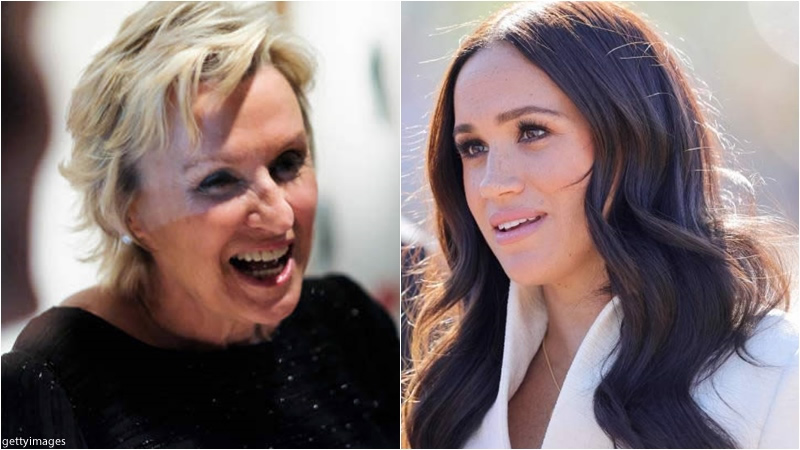 The Duke and Duchess of Sussex signed multimillion-dollar partnerships with Netflix and Spotify to create original content after Megxit.

Meghan Markle’s royal title is being used for monetary advantage, according to a royal biographer, who claims she aspires to be like Michelle Obama.

Tina Brown, the author of a series of books about Princess Diana, believes the 40-year-old is capitalizing on her royal connection. She said that the Duchess of Sussex had “no purpose” and that Queen Elizabeth II put her up for success from the beginning.

“She gave her patron of the National Theatre and vice chairman of the commonwealth foundation – no better platform to talk about women’s education and the question of minorities,” she said during an interview on Washington Post Live
about her upcoming book “The Palace Papers: Inside the House of Windsor–the Truth and the Turmoil.”

Meghan Markle, according to Brown, is struggling to identify a brand after Megxit and is relying on social media for ideas.

She explained, “Meghan doesn’t really have a brand – you feel that she is grasping at the ‘Twitter caring’ of the moment. Vaccinations, Ukraine, Women’s rights, my 40th birthday, let’s have a mentoring scheme. Nothing is really going anywhere for Meghan.”

Despite the difficulties, she and Prince Harry seized every opportunity to establish financial independence. She stated that the previous “Because they were royals, the former “Suits” actress “certainly saw the deals that were there to be made because they were royals. It’s as though she couldn’t resist everything that was on offer at the celebrity buffet.”

Meghan Markle, according to Brown, has “a hunger to avail herself of the global leverage, to live in glorious houses without strings attached.” She stated that the duchess was influenced by Michelle Obama, the former First Lady of the United States, in her ambition for wealth and stature.

“Meghan gave Harry the tools to leave. She understood the world of agents and deals. I mean this wasn’t Harry’s world, but suddenly he had in Meghan a very worldly strategist who he decided to trust above all the other advisors,” she explained.

As per Daily Mail, Brown added that after leaving the royal family, both Prince Harry and Meghan Markle “wanted to be able to have a commercial arm to their activities.”

But they “underestimated what it was going to be like to be without the palace platform.” They had underestimated the royals’ “amazing convening power,” and now they are said to be battling to discover their own identity and purpose.