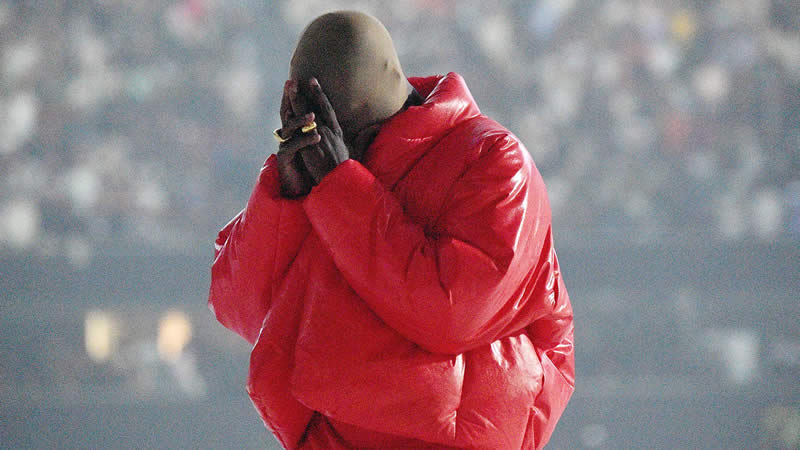 The ‘All Falls Down’ rapper has issued a brief statement accusing Universal Music Group of releasing his 10th studio album without his permission on streaming services including Spotify and Apple Music, as well as blocking him from releasing ‘Jail, Pt. 2’, which features controversial rapper DaBaby and rocker Marilyn Manson, who has been accused of abuse by several women, including his ex-fiancé Evan Rachel Wood.

The 44-year-old star told his 7.8 million Instagram followers in the typed-out message: “UNIVERSAL PUT MY ALBUM OUT WITHOUT MY APPROVAL AND THEY BLOCKED JAIL 2 FROM BEING ON THE ALBUM.”

At first, all but one song was released, with ‘Jail, Pt. 2’ being added hours later on Sunday (29.08.21), with DaBaby spitting about his homophobic comments regarding HIV and AIDS made at Rolling Loud Festival.

He raps: “I said one thing they ain’t like, threw me out like they ain’t care for me/ Threw me out like I’m garbage, huh?/ And that food that y’all took off my table/ You know that feed my daughters, huh? (Mmm)/ But I ain’t really mad, ’cause when I look at it/ I’m getting them snakes up out my grass.”

Manson, who sparked outrage when he joined Kanye and DaBaby on stage at his recent Chicago listening party for the LP, appears on the hook.

Despite the fact that DaBaby attended the ‘Stronger’ hitmaker’s listening party, the ‘ROCKSTAR‘ hitmaker was replaced by Jay-Z on the track ‘Jail’.

In a series of screenshots of their text exchanges, Kanye told his manager that he would not be removing DaBaby, 29, despite it allegedly holding up the release.

Referring to his failed bid to become President of the United States, Kanye wrote back to his manager Abou ‘Bu’ Thiam: “[DaBaby] was the only person who said he would vote for me in public.”

The ‘Gold Digger’ hitmaker also apparently messaged DaBaby saying: “They tried to stop you from coming in.
“The people next to you trying to destroy you. But God gotta bigger plan. (sic)“

To which he replied: “A plan that can’t be stopped!!”

As per MSN, the Weeknd, Young Thug, Travis Scott, Kid Cudi, and a posthumous appearance from the late Pop Smoke are among the artists included in the 27-song record. Plus, a surprise appearance from pop superstar Ariana Grande on the title track.