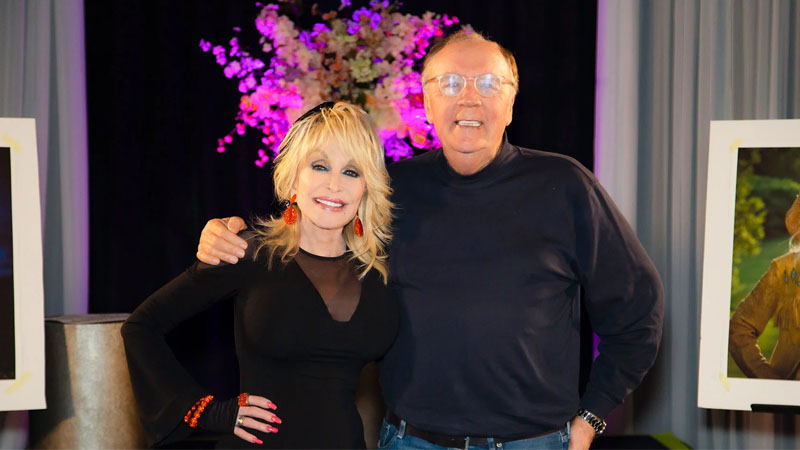 Dolly Parton announced this week that she will co-author her first novel and release an album based on the novel next year.

Little, Brown and Company will publish “Run, Rose, Run,” which the country music icon is co-writing with bestselling author James Patterson, on March 7, 2022. Along with the novel, an album based on the book will be released.

Parton shared on Facebook on Wednesday, “I cannot be more excited about the release of my very first novel ‘Run Rose Run’ with the great James Patterson,” she added, “I also have a new CD to go along with the book. All new songs are written based on the characters and situations in the book. I hope you enjoy the book and the songs as much as we’ve enjoyed putting it together.”

On Wednesday, Patterson tweeted that he is “delighted to team up with America’s most beloved superstar” on the project.

According to Little, Brown and Company’s website, the 400-page novel is “a thriller about a young singer-songwriter on the rise and on the run, and determined to do whatever it takes to survive,” the site adds, “Nashville is where she’s come to claim her destiny. It’s also where the darkness she’s fled might find her. And destroy her.”

According to USA Today, although this is the “Jolene” singer’s first novel, it isn’t her first attempt into the literary works. Parton has authored several books, including a coffee table book telling stories behind more than 170 of her songs last year.

Parton founded the Imagination Library program in 1995, which has sent free books to millions of children between the ages of newborn and the start of kindergarten. This year, Parton presented the Library of Congress with the 100 millionth book donation from Imagination Library.