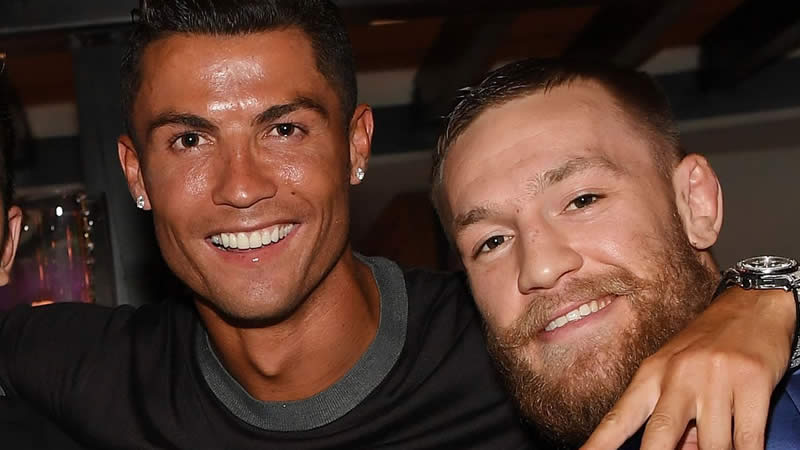 Conor McGregor has responded to taunts about his awful pitch during a baseball game against the Chicago Cubs by pointing out that he is richer than Cristiano Ronaldo, according to Forbes.

The UFC superstar, Conor McGregor has replied to mockery over his awful pitch by boasting that he earns more than Cristiano Ronaldo as per Forbes Rich List.

McGregor, who was brought out as a special guest, was left red-faced during a match between the Cubs and Minnesota Twins at Wrigley Field as he blasted his throw well wide of the receiver and nearly hit a spectator.

His video instantly went viral on social media, with amused viewers even comparing it to rapper 50 Cent’s previous identical mistake.

It’s safe to conclude that the online pasting has irked McGregor, who responded with a lengthy rant on the subject.

But all went awry as the Irishman took the mound to throw the ceremonial first pitch. Along with clips of his and 50 Cent’s respective pitches, he wrote on Instagram: “Picture to picture alone buries this. Mine, bar the accuracy, was the most powerful and fastest first pitch of any of these other athletes/artists over the years. No comparison.”

The conversation then took a turn when McGregor mentioned his higher placement on Forbes’ affluent list. He said: “Smoke them up and down that Forbes I do. Get Messi over. Smoked. Cris. Smoked. Federer. Doubled. All-time Most Power!

“Put me in the Wrigley hall of fame for that rocket launch. Besides some of that nice red brick. Mahogany Oak Frame. Wimbledon lines in the grass.

“The great Wrigley Field reminds me of the grounds on my land in Ireland. Impeccable.”

Then he ended the outburst by saying: “Anyway back to the pitch. Venom. Composure. Balance!”McGregor,33, received the horrific injury in the first round of his rematch with Dustin Poirier at UFC 264 in July, resulting in his second straight loss to the American.