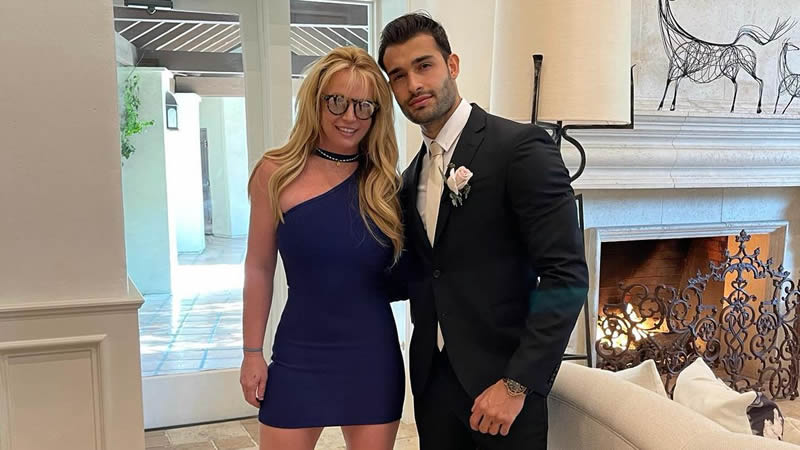 ‘Baby one more Time’ Singer Britney Spears, the 39-year-old pop star, and Sam, 27, have been dating since 2016 when they met on the set of Britney’s music video for ‘Slumber Party,’ and the couple is now set to get engaged.

A source told ‘Entertainment Tonight‘: “Britney and Sam are an end game couple. But for them, it’s all about timing.

“All of their dreams for their relationship have been on pause due to the conservatorship. They haven’t been able to progress like a normal, adult couple. It’s like dating in high school. That’s been their experience for the last two years or so.”

Jamie Spears, Britney’s father, is intending to leave his daughter’s conservatorship, which he has at least partially controlled since it was established in 2008.

And, as she looks to the future with Sam, the pop star feels ready to move on with the rest of her life.

The insider shared: “Things are finally looking up and it’s starting to become very real for them that soon they’ll be able to take back the reins and have full control as a couple.”

“They are ready to embrace that next chapter and love each other without limits or without feeling like they are on a leash. Naturally, an engagement is the next step.”

In fact, according to the source, it’s a case of when rather if the couple will get engaged.

The source said: “They’re finally getting closer to the ‘when’ thanks to ‘Till the World Ends’ singer’s conservatorship suit yielding in her favor.

It’s all very real for Sam especially, and engagement is on his mind now more than ever. He and Britney want that badly.

“They want the whole family thing too. It’s just a matter of timing.”