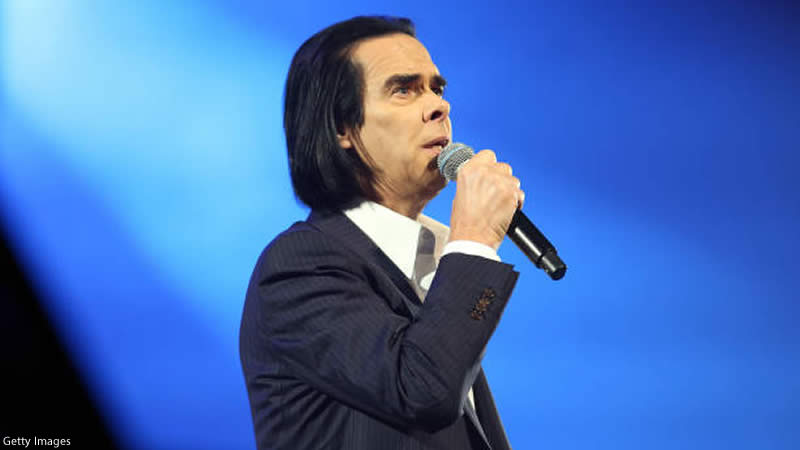 Cave has lost two sons in the space of seven years

In the wake of his son’s death, Nick Cave has written a thank-you note to his fans.

“We would be grateful for family privacy at this time,” Cave said in a statement after Jethro Lazenby died at the age of 31 earlier this month.

As reported on Cave’s The Red Hand Files blog, a fan has written to the artist, expressing “collective love” on behalf of all his admirers in the wake of the tragedy.

“I have no question for you today,” Teresa from Australia wrote. “I just wanted to send my heartfelt condolences on the tragic loss of Jethro. All I can do is offer the collective love of all who read your letters. Much love to you and all your family.”

Cave responded: “Dear Teresa. Thank you for your letter. Many others have written to me about Jethro, sending condolences and kind words. These letters are a great source of comfort and I’d like to thank all of you for your support.”
He closed his comment by stating that he would return to blogging in a few weeks.

Arthur, Cave’s 15-year-old son, died in 2015 after falling from a cliff in Brighton.

Jethro was born in Melbourne in 1991 and was only eight years old when he discovered Cave was his father. After being noticed in the city, he became a model, although he also dabbled in acting, with appearances in 2007’s Corroboree and 2011’s My Little Princess. He has also worked as a photographer in recent years.

Nick’s wife Susie posted a photo of Jethro on Instagram with the message “Darling Jethro” after learning of his death.

The ‘Into My Arms’ singer Cave has already discussed his grief in the years following the death of his son Arthur. The Bad Seeds artist responded to two admirers who each approached him after recently losing a child in a December 2019 edition of The Red Hand Files.

“Susie [Cave’s wife] and I have learned much about the nature of grief over recent years. We have come to see that grief is not something you pass through, as there is no other side,” he wrote in 2020.

He continued: “For us, grief became a way of life, an approach to living, where we learned to yield to the uncertainty of the world, whilst maintaining a stance of defiance to its indifference. We surrendered to something over which we had no control, but which we refused to take lying down.

“Grief became both an act of submission and of resistance — a place of acute vulnerability where, over time, we developed a heightened sense of the brittleness of existence. Eventually, this awareness of life’s fragility led us back to the world, transformed.”

In the meantime, Andrew Dominik, the director of the upcoming film This Much I Know To Be True, spoke to NME about how the film depicts Cave’s journey through bereavement.

This Much I Know To Be True is a documentary-meets-performance film about Cave’s creative relationship with his Bad Seeds bandmate and longstanding collaborator Warren Ellis, and looks at the making of their most recent albums ‘Ghosteen’ and ‘CARNAGE,’ which was only in theaters for one night on May 11.

Continue Reading
You may also like...
Related Topics:Nick Cave