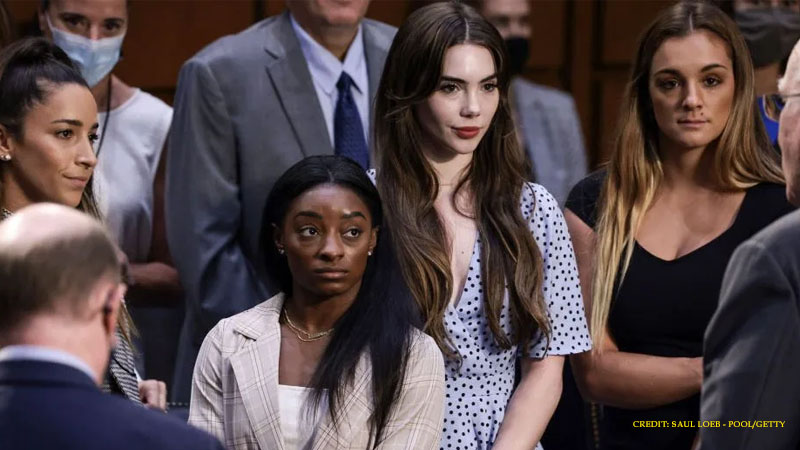 U.S. Olympic gymnasts Simone Biles, McKayla Maroney, and Aly Raisman are among 90 women who are seeking $1 billion from the FBI for mishandling their sexual assault case against Larry Nassar.

A group of 90 women, including Simone Biles, Aly Raisman, and McKayla Maroney of the US Olympic gymnastics team, are suing the FBI for more than $1 billion in damages.

The women believe the FBI botched the investigation into former US Olympic team doctor Larry Nassar’s sexual abuse. The women filed federal collective administrative claims against the FBI on June 8, according to a news release from the claimants’ legal team, stating that they were still being molested by Nassar despite reporting his behavior to the bureau in 2015.

The claimants claim that the FBI was “grossly derelict in their duties” by refusing to interview gymnasts who were eager to talk about Nassar’s sexual assault and failing to transfer the allegations to Michigan State University, where Nassar “continued to abuse girls” as per the reports.

The women also allege that the FBI ignored “its obligation to report child abuse to relevant state and federal agencies and lying to Congress, the media and FBI headquarters about their lack of diligence in investigating the Nassar complaint.” Because of the FBI’s alleged negligence, the women say Nassar “continued his predatory behavior” and sexually assaulted “approximately 90 young women and children” between July 2015 and September 2016.

Maroney, an Olympic gold medalist, issued a statement claiming that the FBI, Department of Justice, US Olympic Committee, and USA Gymnastics had “betrayed” her and her fellow survivors.

“I had some hope that they would keep their word and hold the FBI accountable after we poured out our hearts to the US Senate Judiciary Committee and begged for justice,” she added. “It is clear that the only path to justice and healing is through the legal process.”

Nassar pleaded guilty in 2018 to abusing ten of the more than 265 patients who came forward to report the doctor had assaulted them. Currently, he is serving a sentence of up to 175 years in jail.

“The FBI knew that Larry Nassar was a danger to children when his abuse of me was first reported in September of 2015,” said Team USA and NCAA National Champion gymnast Maggie Nichols. “For 421 days they worked with USA Gymnastics and USOPC to hide this information from the public and allowed Nassar to continue molesting young women and girls. It is time for the FBI to be held accountable.”

The FBI has been approached by E! News but has declined to comment.

Former USA Gymnastics President and CEO Kerry Perry made a statement after Nassar was sentenced in January 2018, praising the women who came forward to report his abuse and calling his crimes “despicable.”