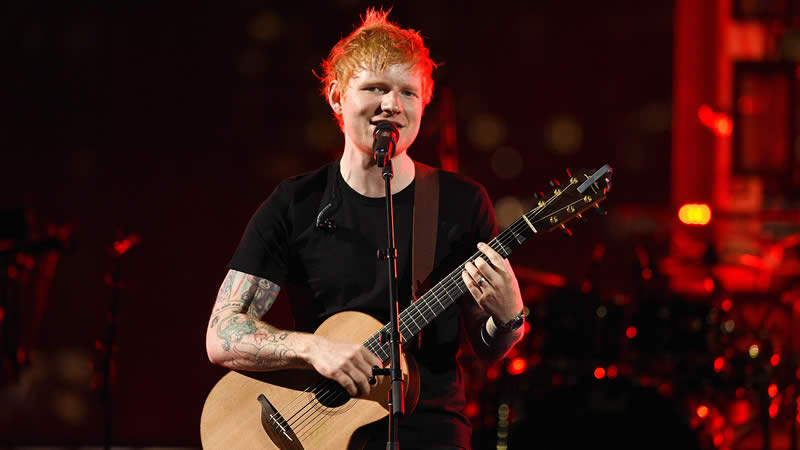 The English singer and songwriter Ed Sheeran wasn’t hesitant while expressing his dislike for American award shows in an interview following his performance at the 2021 MTV VMAs.

In an interview on Tuesday with radio host Julia on her Audacy segment “The Julia Show,” the singer said, “The room is filled with resentment and hatred toward everyone else and it’s quite an uncomfortable atmosphere.”

‘Thinking Out Loud’ singer explained that the issue isn’t his fellow entertainers being toxic, but the competitive strength created by their groupies and the context.

He went on to say that the VMAs aren’t the only ones who are depressed, noting that violent overtones shadow practically all well-known American entertainment awards.

“It’s nothing to do with MTV or the award show, it’s at all the other awards shows,” too, he said, before naming the Grammys, AMAs and Billboards. “It’s just lots of people wanting other people to fail and I don’t like that.”

He stated that Britons are less serious about awarding top honors, owing to the fact that everyone gets sloshed during UK shows.

“In England, our award shows are just like everyone gets drunk and no one really cares who wins or loses, it’s just sort of a good night out,” said Sheeran, who has won over 117 awards — including four Grammys and one American Music Award — in the course of his career.

“The after-parties, again … it’s not just musicians. It’s musicians, all their entourages, then you got influencers and blah blah blah,” he said.

Speaking with colleagues has shown him that he is not alone in his dissatisfaction with the US awards show culture.
“People get the same feeling like me at those award shows,” he said. “I’ve spoken to people and they’re like, ‘I just felt really depressed afterward.’ The atmosphere is just not nice m… It’s a really, really horrible atmosphere to be in there. I always walk away feeling sad and I don’t like it.”