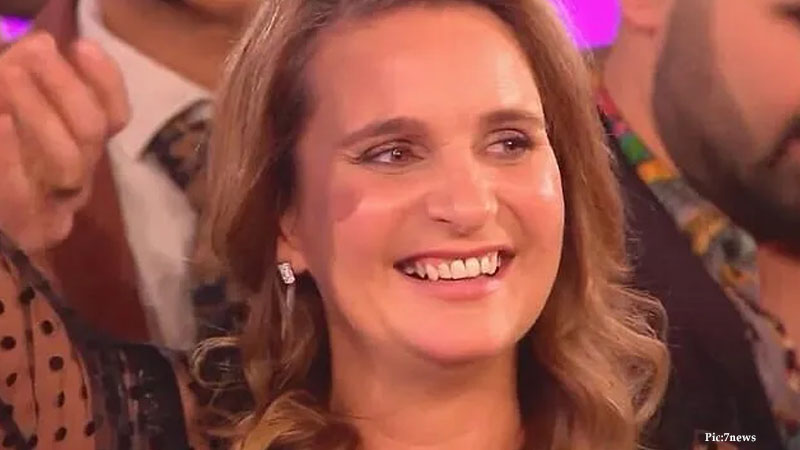 She recently won Big Brother Australia for a second time in history, becoming the first contestant to do it in any version of the competition. She has been giving back-to-back interviews since around 5.30 am.

Despite the exhaustion from the final, the typical chirpiness and down-to-earthiness that Australia loves so much still exists.

“I’m starting to get to that point, you know, where you get a bit silly?”, the 48-years-old told 7Entertainment.

Since she won the $250,000 final on Tuesday night in Sydney, she has certainly been asked the same questions repeatedly, but she doesn’t seem to mind.

19 years ago, in the third season of the show, a Gold Coast mother of two quit Big Brother for the first time.

At that time, the proprietor of a fish and chips restaurant from Tassi won everyone over with her pleasant personality.

She is still that lady, albeit a little older, with two children, a daughter named Mia, 15, and a son named Lucas, 12, who has cystic fibrosis.

Prior to appearing on the program, Reggie also disclosed that she suffers from retinitis pigmentosa, a disorder that causes progressive blindness.

Currently, she only has nine degrees of central vision, as she has completely lost her peripheral vision.

“I don’t have night vision,” she admitted before the start of Big Brother 2022.

“I may wake up tomorrow and (my vision) will be gone.”

“I was wondering how I would enter the house (with a visual impairment), but I had no idea how severe the tests would be,” she said.

“But I gave it my all and did not expect that Big Brother would change something just for me.

“I’m glad they left all the challenges the way they are because it made me stronger to compete with healthy people doing the same.

“I came in to represent people with disabilities and it just shows that you can go out and try and you can do anything.

“I’m so proud of myself that I tried.”

Reggie expresses her hope for more disabled persons to appear on Big Brother as a result of her time there and her eventual victory.

“We hope that being on a reality show by someone with a disability will open doors for other people to do the same,” she said.

“I learned a lot about myself by doing Big Brother once again – doing all these tasks proved that I can do everything.

“Honestly, they were very heavy. I was pretty traumatized from the first week to the last!”

Reggie said that simply being able to experience the BB atmosphere once more was the finest part of returning to the house.

“To walk through those doors again was the best feeling, it really was, and now I have made many more new friends,” she said.

It was hard without the kids, but they also gave me the drive and motivation to keep going.

“I think when I get home, everything will be absorbed.

For the past ten years, the adored reality TV star has been renting on the Gold Coast. She recently stated that she wants to provide her children with a “roof over their heads” and more financial security.

“It would be nice to have some stability in our lives and have our own home,” she said.

“The kids are so happy and so proud of me. Shocked too.”

Since she made her performance debut in 2003, she claims the game has undergone an extreme change.

“This time it was SO strategic,” she said.

“There was all this ‘strat chat’ and strategic moves, and I thought, ‘I can’t do all this strat chat!

“I wanted to get in and play my social game and I did, but towards the end, I had to start thinking a little more (strategically).

You have always been included. I played dumb many times and acted like I didn’t really know what I was doing, but I did.

“Ha, fooled them all!