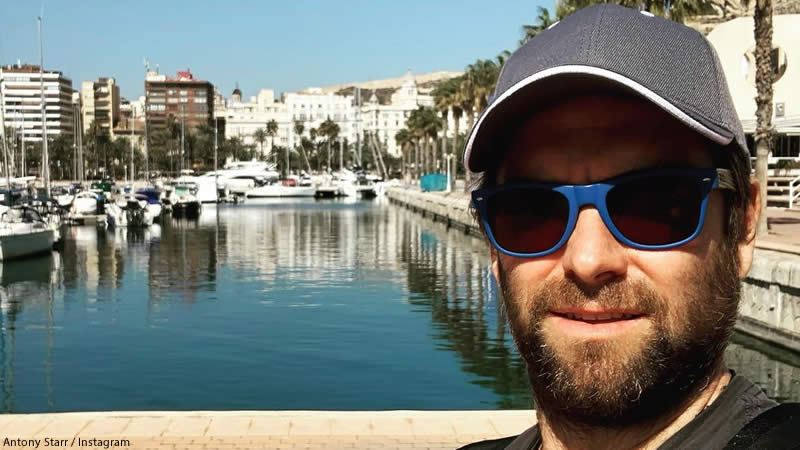 Antony Starr, a 46-year-old actor, is best known for his portrayal as the main antagonist in Homelander, in which he fights in the superhero TV series “The Boys.” He recently made the transition from fiction to reality when he allegedly assaulted a 21-year-old chef in a bar after drinking a lot of alcohol.

He was apprehended and incarcerated in Alicante, Spain, not long after. Screenrant later confirmed the arrest, which was first reported by La Informacion, the city’s local news outlet. Here’s everything you need to know about the situation.

What Led To The Incident

Starr was reportedly in Spain filming Guy Ritchie’s upcoming action flick “The Interpreter,” which also stars Jake Gyllenhaal. The narrative of Sergeant John Kinley and his translator, Ahmed, and the ambush of their Afghanistan squad is told in “The Interpreter.”

On March 2nd, an altercation between the Venezuelan chef and Starr resulted in the incident. Starr allegedly hit him in the face twice, forcing an emergency ambulance ride to the hospital.

The assault, according to wionews, involved more than simply blows. According to the publication, after punching the victim many times, Starr shattered glass in the man’s face, resulting in several facial stitches.

Starr was arrested after an anonymous call to the police about the altercation, according to Screenrant. After spending 2 days in the custody of Spanish police, Starr was caught and taken to court. He was then found guilty of assaulting the young man.

Prior to the hearing, the chef (whose name is Bathuel Araujo) told the police that he had been punched twice, was hurt by the glass, and required stitches in four places above his eye. After admitting to the crime, Starr was sentenced to a 12-month suspended jail sentence.

According to La Informacion, he was ordered by the court to pay a $5,464 fine within three days or face a prison sentence.

The year-long sentence was suspended on the provision that he pay the fine in a timely manner and refrain from committing any other crimes for the next two years. According to Variety, this was in accordance with Spanish law, which allows sentences of less than two years to be suspended if the victim has no prior criminal record.

Fans claimed that the event would not have occurred if he hadn’t been very drunk at the moment. The court seemingly shared this view as a court official noted that “The sentence was the result of an agreement between the state prosecution service and the man who was subsequently convicted.”

This incident and arrest happened just a week before Amazon’s “The Boys” discussion at SXSW. Several cast and crew from the show were invited to attend, however, Starr was shut out since he was too busy filming “The Interpreter.”
Starr Is Silent On The Matter

Though the sentence was suspended, The actor has yet to appease fans by commenting on the issue, and many are uncertain if he will ever publicly address it. Fans were also unsure whether the incident would affect the production of upcoming seasons of the superhero series or Guy Ritchie’s “The Interpreter.”

Others hope that their favorite supervillain cooperates with authorities to avoid problems that may occur as a result of the incident or similar crimes in general. Fans may currently see Starr make his return as “Homelander” in the spin-off series The Boys: Diabolical, which is available on Amazon Prime Video.