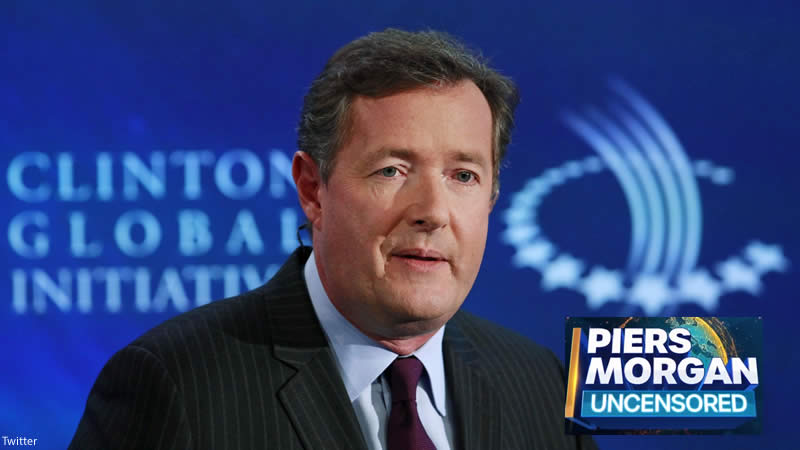 English broadcaster and journalist Piers Morgan will host a prime-time program for TalkTV.

In the first promo for his new TalkTV show Piers Morgan Uncensored, Piers Morgan says he wants to “annoy all the right people” and “cancel the cancel culture that has infected societies around the world.”

Morgan can be seen in the video watching footage of himself storming off the set of Good Morning Britain last year, where he claims he was “forced to leave a job that I loved at the peak of its success, for having the audacity to express an honestly held opinion.

“This shouldn’t happen in any democracy supposedly built on the principles of free speech and freedom of expression.”

Morgan left ITV in March 2021 after a row over the comments he made about the Duchess of Sussex’s Oprah Winfrey interview.

Morgan remarked the next day on the ITV show that he didn’t believe Meghan’s allegations during the interview.

More than 50,000 complaints were filed in response to his remarks, the largest ever received by Ofcom.

He added: “So I’m delighted to now be returning to live television with a new prime-time show, whose main purpose will be to cancel the cancel culture which has infected societies around the world.

“I want it to be a platform for lively, vigorous debate, newsmaking interviews, and that increasingly taboo three-letter word – fun.

“I also want it to annoy all the right people.”

Morgan will host a new global TV show as part of a deal with News Corp and Fox News Media, which was revealed in September.

Winnie Dunbar Nelson, executive editor of the TV at News UK, said: “Piers Morgan is a fearless journalist and broadcaster with an unmatched ability to engage audiences internationally.

“With Piers Morgan Uncensored, we’ll be doing something genuinely new – a daily show created for a global audience.”

As per Press Gazette, TalkTV is set to launch in “early 2022,” with hourly news, sports, and entertainment shows, as well as current affairs, debate, opinion, and documentaries.

Tom Newton Dunn, the former political editor of The Sun, has already been confirmed to host weeknight news and current affairs show on the channel.

According to News UK, Morgan’s show will launch “later this spring.”

Continue Reading
You may also like...
Related Topics:Piers Morgan