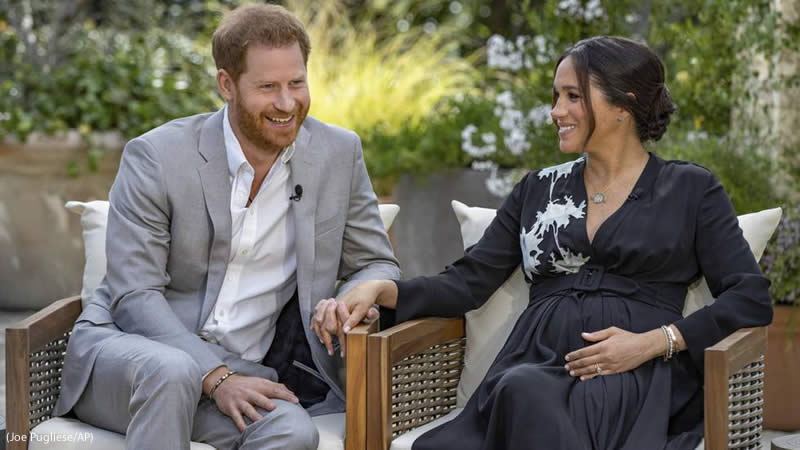 The interview has made the Duke and Duchess of Sussex “almost unapproachable from the rest of the family.”

A year after they blasted the royals in their Oprah interview, the feeling towards Meghan Markle and Prince Harry is still one of suspicion and isolation.

Duncan Larcombe, a royal expert, discussed the aftermath of the shocking sit-down interview with OK! magazine a year later. The result, he claimed, is that their feud with the royal family is still going strong.

“It’s been a year now since Harry and Meghan went on Oprah and it’s quite disappointing to think that it doesn’t seem their rift is anywhere near coming towards a conclusion. You can’t really point towards any olive branches,” he said adding that there is still no conclusion toward what was said in the Oprah interview.

Meghan Markle “made a massive accusation, a very serious one, that effectively a member of the Royal Family made a racist remark.” That “hasn’t been resolved except when the Queen released a statement which said that recollections may vary.” Larcombe said “that hasn’t really been dealt with” especially since there have been “several inconsistencies to what’s been said.”

The royal expert is unsure if the public’s opinion of Meghan Markle has changed following her appearance on Oprah. He believes his overall thought of her is “still one of suspicion.” He also believes that Prince Harry acquired nothing positive from the interview other than sadness and a rumored family breakdown.

“I still haven’t seen anything that Harry has actually gained. What has he gained by doing Oprah Winfrey? If he wanted to settle scores, he hasn’t,” Larcombe said and claimed that the Duke of Sussex has only strained his relationship with the royals.

He explained, “I think what has happened is that now, not a single member of the Royal Family it seems, apart from Eugenie, even dares to pick up the phone and even talk to him in fear. How can they have an open and honest conversation? The impact of the Oprah interview is that Harry and Meghan are almost unapproachable from the rest of the family.”

As per Ibtimes, Larcombe called it “a very worrying sign” to have Prince Harry and Meghan Markle still “extremely isolated and cut off from an awful lot of people that knew them when they were growing up, as well as family.”