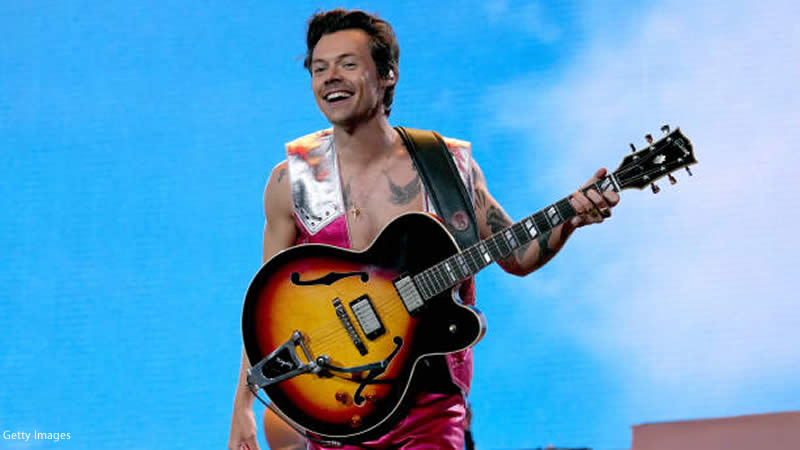 “Losing it crying, losing it laughing – there’s no way, I don’t think, to feel more alive than that”

After initially being hesitant to seek therapy for his mental health, Harry Styles has come out about the benefits of doing so.

In a new interview, the pop star revealed that speaking with a professional had allowed him to “open up rooms” in himself that he was previously unaware of.

He claimed he hesitantly began therapy around five years ago. “I thought it meant that you were broken,” he told Better Homes & Gardens, adding that he felt it was a music industry cliche to seek help. “I wanted to be the one who could say I didn’t need it.”

But therapy trained him out of his tendency to “emotionally coast”.

“I think that accepting living, being happy, hurting in the extremes, that is the most alive you can be. Losing it crying, losing it laughing – there’s no way, I don’t think, to feel more alive than that,” he said.

Styles also revealed that during the COVID pandemic, he was finally able to properly ponder about the split of his former band, One Direction, in 2016.

“In a lockdown, I started processing a lot of stuff that happened when I was in the band,” he said, adding that he “felt free” when he was able to leave the group to pursue a solo career and recalling how he cried when he signed his new record deal.

In other developments, the singer just scheduled a major tour in North America for this year. Ticket information is still being finalized – you’ll be able to find them here when they go live.

The pop sensation, whose third album, ‘Harry’s House,’ will be released on May 20, will return to Madison Square Garden for ten nights between August 28 and September 21 as part of his global ‘Love on Tour.’

He’ll then go to Los Angeles, where he’ll perform 10 shows at the Kia Forum between October 31 and November 15.

As per Billboard, Styles will also perform five shows in Austin (September 25 to October 2) and Chicago (October 6-14) after beginning his tour with two nights at Scotiabank Arena in Toronto (August 15, 16).

Continue Reading
You may also like...
Related Topics:harry styles