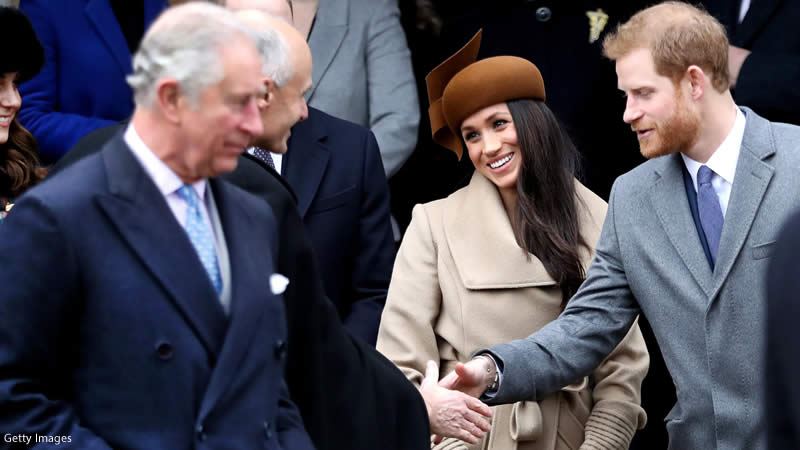 Prince Charles has always wanted a slimmer monarchy, and the universe has granted his request a little earlier than he expected.

Not only that, but Prince Charles may have inherited a monarchy that is today described as skeletal, dull, or empty.

Prince Charles may face pressure to change tack on his drastically slimmed-down and more cost-effective royal family and invite Prince Harry and Meghan Markle back in.

The decision to have Markle and Prince Harry play downgraded or invisible roles was reached by Queen Elizabeth and other senior royals, including Prince William and Prince Charles.

The Sussex couple was banned from appearing on the balcony of Buckingham Palace with the working seniors when they stepped down from their royal duties.

The activists were not allowed to meet with Queen Elizabeth or any other senior member of the royal family for photos.

Many believe that after their departure from London, Prince Harry and his wife ran into a brick wall with the royal family during a series of tense interviews.

Prince William and Prince Charles are said to be outraged by the so-called truth bombs being dropped by Markle and Prince Harry dropped about the British Monarchy.

According to a royal expert, Prince Charles may have to swallow his largest pill yet and reach out to his son and daughter-in-law, requesting that they return to the UK when his mother confers the throne to him.

The picture that emerged from the Queen’s Jubilee screams — underwhelmed, according to the royal author and biographer.

The accumulating evidence of the too slimmed-down Monarchy, according to royal commentator Tina Brown, author of The Palace Papers: Inside the House of Windsor — the Truth and the Turmoil, will compel Prince Charles to seek Prince Harry’s helps to solve the problem.

The writer explained why Prince Charles may have to reconsider his intentions to exclude the Sussexes during an appearance on the Guardian’s podcast Today in Focus.

Brown stated: “It’s looking a bit skeletal because they weren’t supposed to be losing Andrew or Harry, so a bit of a problem slimmed-down Monarchy at the moment. I think there is excessive pressure on the Cambridges at the moment to be essentially taking up the slack for both Harry and Andrew.”

She added: “And I do think at a certain point they are going to need Harry back, particularly probably after the Queen dies, because he was an asset.”

He explained: “Speeches from Prince William and Prince Charles during the Platinum Party at the Palace allowed the two heirs to give a taste of what’s to come when they take on new roles in the not-too-distant future, but one couldn’t help but feel a little underwhelmed when looking at the royal landscape without the Queen (and the additional loss of the Gen Z-favoured Sussexes).”

He claimed that Prince William and Prince Charles had yet to figure out how to solve some of the monarchy’s major issues, like slavery and racism.

The writer shared: “And this is where one of many problems lie ahead for the future of The Firm. While we celebrate the Queen’s golden reign, we are also reminded that the future without her might just, dare I say it, look a little dull. Though her successors are no doubt capable in their royal roles, the institution’s next chapter is yet to feel like it aligns with modern-day society…”

Scobie cited Prince Charles and Prince William’s recent catastrophic tours in the Caribbean and Canada, where they were met with protests from people of color and descendants of slaves.

The heirs to the throne were prepared to confront difficult questions regarding the country’s tragic past.

He said: “Recently failed tours of the Caribbean—where demands for the Royal Family to apologize for Britain’s historic role in the enslavement of millions of Africans were largely ignored—show there is still much work to do when it comes to the Firm understanding and connecting with all issues that matter to the world. And unaddressed racism and bullying allegations continue to be front of mind for people of color and young Brits.”

Prince Charles’ concept of a slimmed-down royal family has been talked about for years, but the Prince of Wales has never openly addressed his modern vision for the firm.