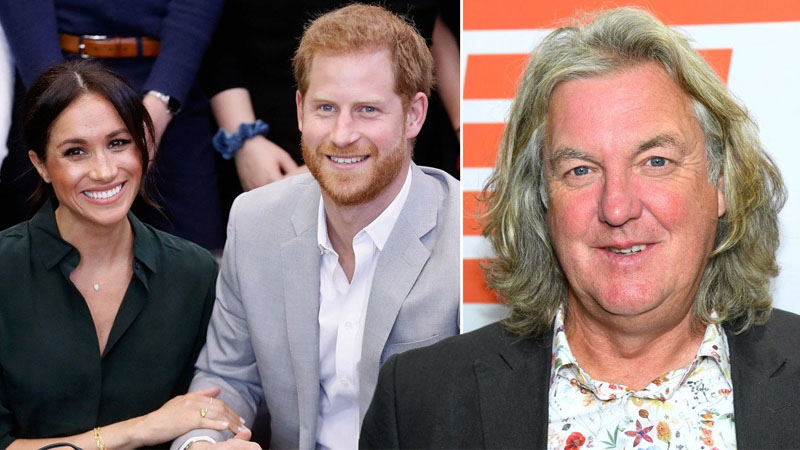 The 58-year-old Grand Tour presenter became the latest celebrity to criticize the erstwhile royals in a recent interview. James May has slammed Prince Harry and Meghan Markle in the latest royal news. He didn’t hold back either.

While speaking to the Radio Times, James revealed that he “doesn’t take much interest” in the royals. Though he shared his views on Meghan and Harry.

According to the magazine, James told: “The Meghan and Harry story sounded a little bit distasteful. People talking about their personal lives in public.

“Everyone’s got issues like that, and I don’t think the rest of us should know or care about it.

“I thought the whole point of a royal family is that they were supposed to be an exemplar.”

Furthermore, the BBC presenter advised the couple to “just keep it in.”

But it isn’t all bad news for Harry and Meghan. Her royal biographer recently hailed the Duchess, who turns 40 tomorrow (August 4), as “one of the world’s superstars.”

Tom Bower also mentioned how she and Harry were able to leave their royal lives behind.

About Meghan, he told The Sun: “She has humiliated her critics and humbled the royal family.

“Her next steps are to conquer America, then the world.”

Moreover, Tom added: “Critics carp that Meghan’s megalomania has no limits. Her admirers retort that she is purposely fulfilling the American Dream.”

Currently, the couple is preparing for Meghan’s 40th birthday.

According to the reports, the Duchess has recruited Oprah Winfrey’s party planner, Colin Cowie, for the occasion.

According to Entertainment Daily, Meghan is expected to invite 65 guests to her Californian mansion – according to insiders.

On the day, there will also be grazing tables with locally sourced food and drinks.