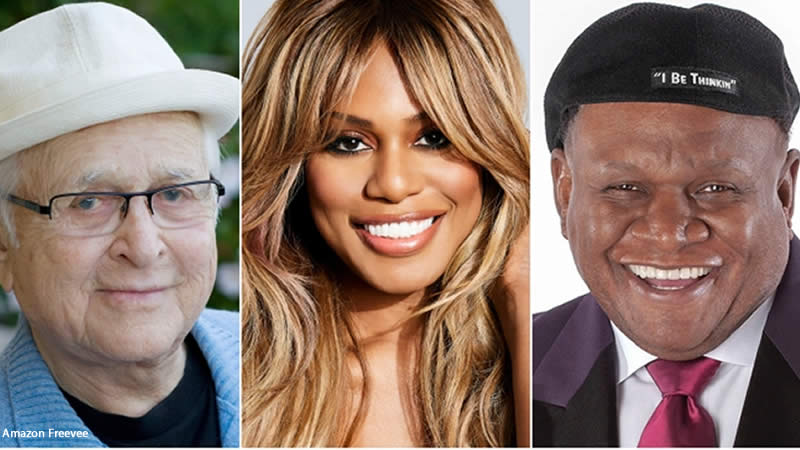 The original comedy has been in the work at Freevee since February 2021, when the ad-supported streaming service was still known as IMDb TV.

“Clean Slate,” by Cox, Wallace, and Dan Ewen, is about car wash owner Henry (Wallace), whose estranged child returns to Alabama after 17 years. But, as he comes to terms with the fact that his adult child, Desiree, is a trans woman, he must do some soul searching (Cox). There is no word yet on the series’ episodic order, when it might shoot, or an estimated premiere date.

Non-writing executive producers will be Act III’s Lear and partner Brent Miller, with Paul Hilepo serving as a non-writing producer.

“Clean Slate” was one of two projects set up at IMDb/Freevee by Lear and Act III as part of their deal with Sony Pictures TV. The destiny of “Loteria,” the other project (based on the iconic board game), is unclear.

Lear, who recently turned 100, and Miller are working on a number of projects, including a “Mary Hartman Mary Hartman” remake from “Schitt’s Creek” star Emily Hampshire; Carl Jones’ animated take on “Good Times,” with Seth MacFarlane and Steph Curry also on board; and others.

It’s unclear whether a new episode of “Live in Front of a Studio Audience” will air this fall, or which sitcoms from Lear’s back catalog will be featured.

Cox rose to prominence with her breakout role in “Orange is the New Black,” making her the first Trans woman of color to have a leading role in a mainstream scripted television series.

Cox’s recent credits include Shonda Rhimes’ Netflix limited series “Inventing Anna,” as well as the upcoming Netflix series “Uglies.” She has appeared in the films “Promising Young Woman” and “Jolt.” She hosts “The Laverne Cox Show,” a podcast on Shondaland Audio and iHeart Radio.

She has also produced documentaries such as “Disclosure,” which shows the depiction of transgender characters in film and tv throughout history. “Laverne Cox Presents: The T Word” and “Free CeCe” are among her other documentaries.