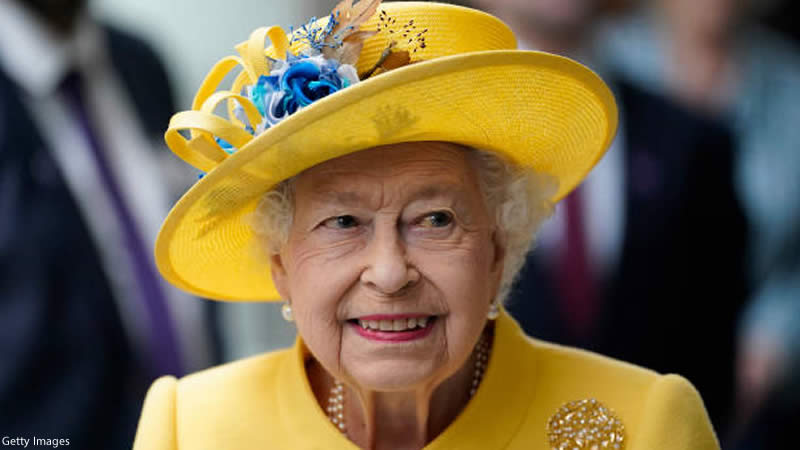 A royal who needs to relax. Those close to Queen Elizabeth II have advised her to prioritize her health as she battles with mobility — even if it means appearing in public less often.

“The Queen has been advised by her loved ones and trusted advisors to go a lot easier on herself, even if it means missing more functions than she would like,” a source exclusively reveals in the new issue of Us Weekly.

“Her attendance at these events is being handled on a case-by-case basis, so if she isn’t 100 percent on any given day that she’s due to be somewhere in person then she turns the duties over to someone else, be that Prince Charles or another serving senior royal who’s available to handle matters in her stead.”

According to the Vanity Fair, the 96-year-old monarch is still dealing with the aftereffects of her coronavirus struggle in February, which was “tough on her.” Despite the fact that she is “very fatigued” from it, a source tells Us that Elizabeth is trying to push through.

“[She] is still adjusting to her routine and charging up her batteries even now,” the insider explains. “The other factor here is that she wanted to be as close to full strength as possible for the Jubilee celebrations, which she’s been looking forward to immensely. By not [overexerting] herself it’s giving her more energy to participate in as many of the events as possible.”

Buckingham Palace informed in a February statement that the queen was “experiencing mild cold-like symptoms” after testing positive for COVID-19 months after her brief illness in October 2021. During a video conversation with National Health Service employees in April, the queen suggested that the infection had left her feeling “very tired and exhausted,” which was “not a nice result.”

Elizabeth’s health attracted further attention earlier this month when Buckingham Palace announced she would not attend the opening of Parliament on May 10.

“The Queen continues to experience episodic mobility problems, and in consultation with her doctors has reluctantly decided that she will not attend the State Opening of Parliament tomorrow,” a May 9 statement read.

“At Her Majesty’s request, and with the agreement of the relevant authorities, The Prince of Wales will read The Queen’s speech on Her Majesty’s behalf, with The Duke of Cambridge also in attendance.”

As the British government convened, Prince Charles, Duchess Camila, and Prince William stood in for the queen. Elizabeth had missed the opening day event only three times in her 70-year reign.

After seven decades on the throne, the London native is the Commonwealth’s longest-reigning king and the first British ruler to achieve a Platinum Jubilee. Celebrations began in January and will culminate over a four-day weekend from June 2 to June 5.

A spokesman for Prince Harry and Meghan Markle told Us in May that the couple was “excited and honored” to be attending the Jubilee celebrations with their children, Archie, 3, and Lilibet, 11 months.

The news came one month after the pair, who had gone to California following their historic retirement from top roles, paid a surprise visit to Harry’s grandmother at Windsor Castle. It was the Suits alum’s first trip back to the United Kingdom since her final senior royal engagement in March 2020.

Royal expert Jonathan Sacerdoti told in January 2021 that the Jubilee celebrations might be a time for the royal family to mend relations following Harry and Meghan’s decision to stand down from major positions. “Sometimes all families might use a special occasion or an event to put some things behind them that maybe have been causing trouble,” Sacerdoti said at the time.

Continue Reading
You may also like...
Related Topics:Queen, Royal Family