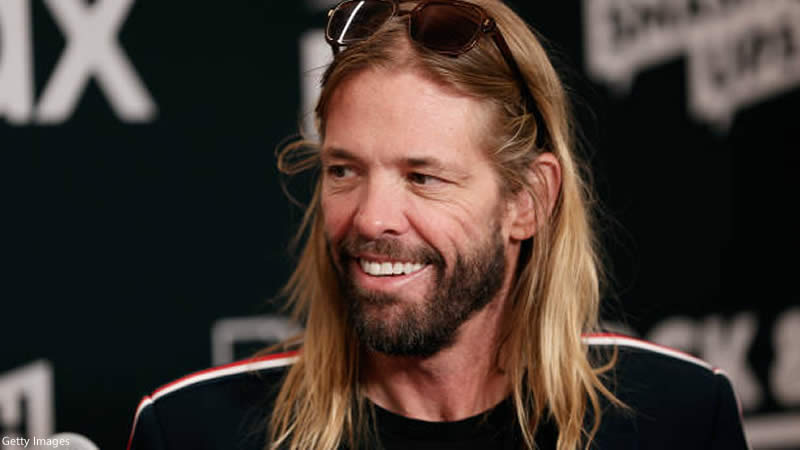 Taylor Hawkins Friends Claim He Expressed Discomfort about Foo Fighters’ Tour Schedule Before He Died: “He Told Me That He ‘Couldn’t Fucking Do It Anymore’—Those Were His Words”

“He told me that he ‘couldn’t fucking do it anymore’—those were his words,” Pearl Jam’s Matt Cameron told Rolling Stone for a feature about Hawkins’ final days. Cameron and others’ claims were refuted by a band representative.

Friends of the late Foo Fighters drummer Taylor Hawkins were interviewed for a new Rolling Stone article about his final days. It includes interviews with Hawkins’ friends and colleagues, who claim he complained about the band’s month-long tour schedule being physically demanding.

Matt Cameron of Pearl Jam and Chad Smith of the Red Hot Chili Peppers were among those interviewed, and both claimed that Hawkins said he spoke with Dave Grohl about his dissatisfaction with the tour schedule in the months before he died in March.

As per NME, both Smith and Cameron have since distanced themselves from the article and issued apologies.

“He had a heart-to-heart with Dave and, yeah, he told me that he ‘couldn’t fucking do it anymore’—those were his words,” Cameron said. “So I guess they did come to some understanding, but it just seems like the touring schedule got even crazier after that.”

A Foo Fighters representative told Rolling Stone that Hawkins never raised those issues: “No, there was never a ‘heart-to-heart’—or any sort of meeting on this topic—with Dave and [Silva Artist Management].”

Hawkins is also said to have lost consciousness on a plane in Chicago in December 2021, according to the report. (A Foo Fighters representative told Rolling Stone that the drummer did not lose consciousness on the plane.)

“He just said he was exhausted and collapsed, and they had to pump him full of IVs and stuff,” Smith said. “He was dehydrated and all kinds of stuff.” Smith claimed that Hawkins later told him, “I can’t do it like this anymore.”

Smith continued: “That was one of the straws that broke the camel’s back. After that, he had a real important heart-to-heart with Dave and the management. He said, ‘I can’t continue on this schedule, and so we’ve got to figure out something.’”

Following the publication of the Rolling Stone article, Matt Cameron wrote in a statement:

When I agreed to take part in the Rolling Stone article about Taylor, I assumed it would be a celebration of his life and work. My quotes were taken out of context and shaped into a narrative I had never intended. Taylor was a dear friend and a next-level artist. I miss him.

Taylor was one of my best friends and I would do anything for his family. I was asked by Rolling Stone to share some memories of our time together, which I thought was going to be the loving tribute he deserved.

Instead, the story they wrote was sensationalized and misleading and had I known I never would have agreed to participate. I apologize to his family and musical friends for any pain this may have caused. I miss Taylor every day.

Hawkins died in March, at the age of 50, while on tour with the Foo Fighters in Bogotá, Colombia, just before a show at the Festival Estéreo Picnic. Officials in Colombia claimed that ten different substances were found in his system when he died and that an ambulance was dispatched after a report of chest pains.

The cause of death has yet to be determined. The drummer’s last show with the band was on March 20 in Buenos Aires at Lollapalooza Argentina.

Foo Fighters called off all of their scheduled tour dates after his death. Soon after, Hawkins and the band won Grammy Awards for Best Rock Album, Best Rock Song, and Best Rock Performance.

Continue Reading
You may also like...
Related Topics:Taylor Hawkins