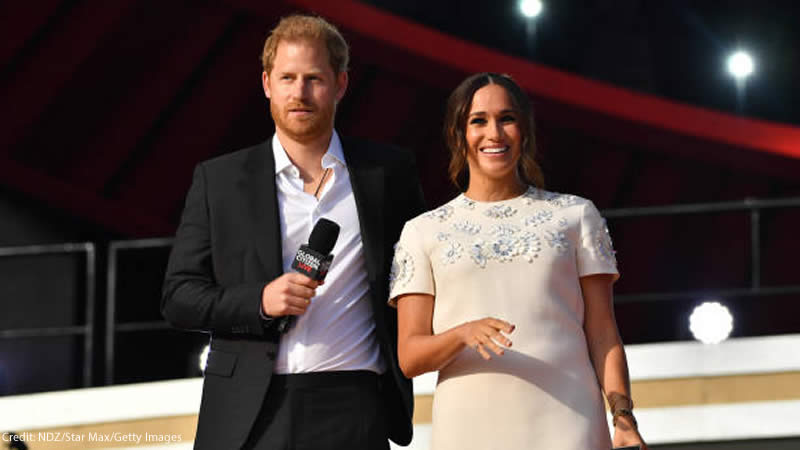 Meghan Markle and Prince Harry’s alleged plan to return to the Royal Family as “part-time royals” has been savaged by a royal expert.

When Prince Charles becomes King, Meghan and Harry may wish to return to the Royal Family on a part-time basis, according to royal author Tom Quinn. “One interesting thing an insider told me… is that both Meghan and Harry believe that when the elder royals die – in other words, Elizabeth – they may well be able to come back and be the part-time royals that they really wanted to be when Charles is King,” he said.

“So that they would be six months [as] working royals and six months in the States or wherever doing their own thing.

“That was something that Queen Elizabeth absolutely said couldn’t happen, but I think Meghan and Harry are hoping that Charles, Harry’s father, after all, will be more of a modernizer and will say to them, ‘okay, if you want to be part-time royals, that’s fine.

“I don’t think Harry and Meghan really want to spend their whole time in the States and not be part of the Royal Family, they just don’t want to do it all the time.”

Writing on Twitter, he said: “What tosh!!! Fly a kite and after it flutters for a while it comes crashing down”.

Other Twitter users seemed to agree with Mr. Arbiter’s reaction, with many questioning why the Royal Family would accept such an idea.

Gemma Stone asked: “If their half in half out plan was rejected in 2020, why would it suddenly be acceptable now?”

Another, Jenny Randall claimed that “bridges have been burned”.

She said: “They can’t just make up their minds that they’ll drop into the UK for part-time work.

“The Royal Family said from the get-go that this wasn’t an option.

“Besides which, no one in the country would accept them appearing in public anyway. Bridges have been burned.”

Angela added: “Wasn’t their initial plan ‘half in half out’?

Meghan and Harry caused outrage when they announced their intention to leave the Royal Family and move to the United States in March 2020.

The Prince’s upcoming memoir is expected to make even more waves later this year.

Mr. Quinn, on the other hand, claimed that Harry has no intention of causing harm to the Royal Family.

The 37-year-old royal, according to the royal author, wants to find his “role” in the Firm.

“I don’t think Harry does want to destroy the Royal Family,” he said on the To Di For Daily podcast.

“I think he just really does want to find a role.

“He doesn’t really have a role in the Royal Family because he’s the spare rather than the heir, but there’s still lots of hospitals to open, meetings to go to, charities to support.

“He could have had that limited role, but in California what can he do?

“So I think really rather than damage the Royal Family I think he’s just madly in love with Meghan and wants to make her happy.”