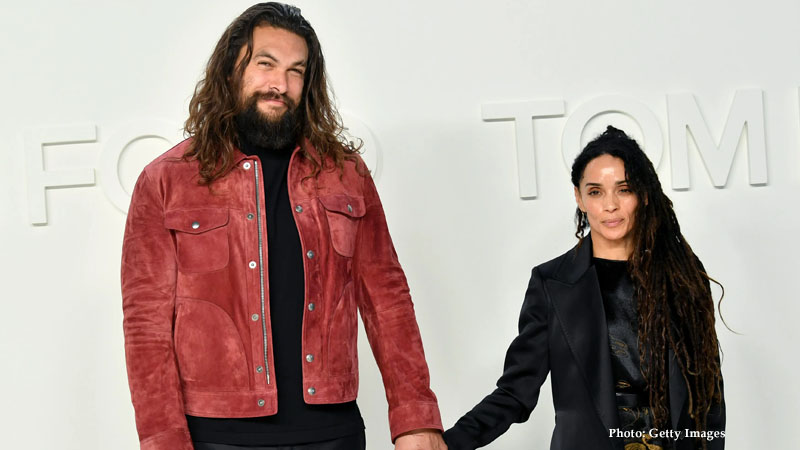 COPPOLA, MIKE Despite rumors of a reconciliation, Jason Momoa maintains that he and his estranged wife Lisa Bonet are “still family.”

“Lisa couldn’t be here so we’re representing, me and the babies,” the actor said Tuesday while speaking to “Entertainment Tonight” at “The Batman” premiere in New York City.

Momoa attended the event with his 14-year-old daughter Lola and 13-year-old son Noakoa-Wolf, whom he shares with Bonet.

He was also there to show his support for Zo Kravitz, the 33-year-old daughter of Bonet and Lenny Kravitz, who plays Selina Kyle (aka Catwoman) in the Matt Reeves-directed film.

At the New York City premiere of “The Batman,” the “Aquaman” star stood by stepdaughter Zo Kravitz. According to an Instagram post from Monday, Arturo Holmes Momoa recently spent time with Kravitz’s boyfriend, Channing Tatum.

“CHEEEEHUUUUUUUU. SO EXCITED @channingtatum and I are on our way to see our ZOZO,” he captioned photos of himself posing with the “Magic Mike” star.

“I’m so beyond proud of you @zoeisabellakravitz. Mahalo @wbpictures for the invite. We are very grateful. ALOHA J and C.”

Momoa announced in a since-deleted January Instagram post that he and Bonet, 54, decided to call it quits after 17 years and more than four years of marriage together.

“We have all felt the squeeze and changes of these transformational times. A revolution is unfolding and our family is of no exception,” he wrote at the time.

Bonet and Momoa had been married for more than four years when they announced their divorce in January. WireImage

“Feeling and growing from the seismic shifts occurring. And so we share our Family news that we are parting ways in marriage. We share this not because we think it’s newsworthy, but so that as we go about our lives we may do so with dignity and honesty.”

However, a source recently told Hollywood Life that Momoa and Bonet are reigniting their relationship.

“They decided to work on things rather than throw in the towel because they have so much invested in each other,” the insider said.