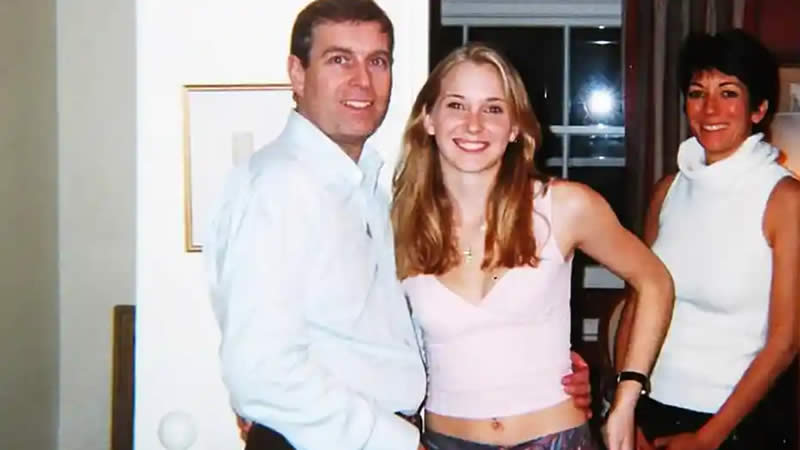 Carolyn Andriano, a key witness in the trial of Epstein associate Ghislaine Maxwell, waived her right to anonymity and spoke to The Daily Mail about her conversation with Giuffre.

Giuffre filed a suit against Prince Andrew last August, accusing him of sexually assaulting her when she was 17 years old. The prince strongly denied the claims.

Giuffre texted Andriano in March 2001, telling her she was going to dinner with Prince Andrew, Maxwell, and Epstein in London, according to Andriano.

According to the paper, Andriano claims Giuffre showed her the now-infamous photograph with the prince and claimed she had sex with him in Florida.

“I asked her if she’d been to the palace. And she said, ‘I got to sleep with him,’” Andriano told the paper.

“I said, ‘What? You’re fucking with me,’ and she said, ‘no, I got to sleep with him.’ She didn’t seem upset about it. She thought it was pretty cool,” Andriano said.

Andriano said that Giuffre seemed to be excited to meet Prince Andrew because he was famous.

“Virginia just couldn’t believe it. Maxwell had told her she had a surprise for her, and I guess the surprise was Prince Andrew. She was excited. I guess when you’re meeting somebody that famous, I would have been excited too,” Andriano told The Daily Mail.

Carolyn Andriano told The Daily Mail that Giuffre recruited her into Epstein and Maxwell’s sexual abuse “pyramid scheme,” which she was involved in from the age of 14 to 17.

She gave testimony at Maxwell’s sex trafficking trial last month, and he was found guilty on all five charges.

Andriano, 35, said she had decided to waive her right to anonymity because “I want all young women to know what happened to me when I was a teenager and how it has affected my life.”

The conversation in 2001 would have taken place ten years before Giuffre made the allegations public.

The Daily Mail stated that Andriano was not paid for the interview. When approached by the newspaper, Prince Andrew declined to comment on the story.

In court, Prince Andrew’s lawyers have been fighting to have Giuffre’s lawsuit dismissed. It is expected that a decision on whether he will face a full civil trial will be made soon.

Queen will be asked to fund Prince Andrew if he agrees to a multi-million dollar settlement with Virginia Giuffre
Bob Saget, beloved TV dad Dies at 65