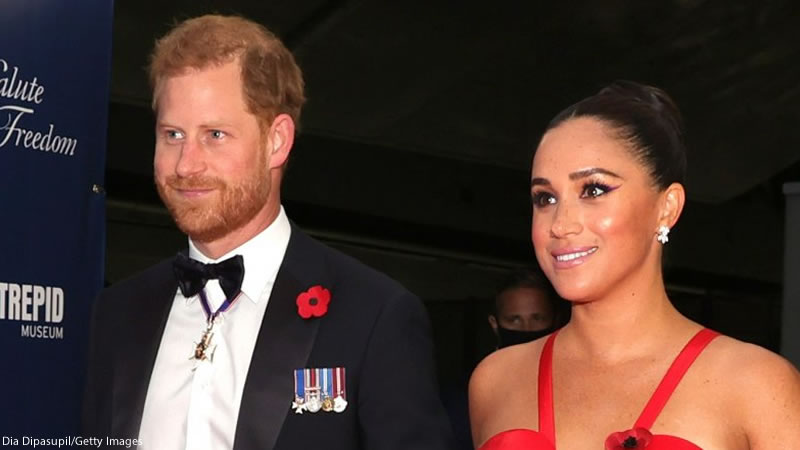 It is said that the Duke and Duchess of Sussex could pay the royals an early visit in April during the Invictus Games.

Prince Harry and Meghan Markle are expected to return to the United Kingdom ahead of the Queen’s Platinum Jubilee celebrations in June to make amends with the royals.

Duncan Larcombe, a royal biographer, discussed the excitement surrounding the possibility of seeing the Duke and Duchess of Sussex, as well as their children Archie and Lilibet, at the event. According to reports, the 37-year-old royal has expressed his desire to attend the celebrations. It is unclear whether he intends to bring his family with him, given his recent concerns about their safety in the country without police protection.

Larcombe, on the other hand, thinks the couple will return to the United Kingdom sooner than expected. He mentioned the Invictus Games in Hague, which Prince Harry is due to personally attend.

“It’s likely Harry and Meghan are planning to come over for the Jubilee in June, but they could come even sooner, as Harry is due to be in The Hague in the Netherlands in April for the Invictus Games,” he told Closer magazine.

The royal expert claimed that “it’ll definitely be a tense reunion” whether the couple returns in April or June. He added, “Either way, it seems that this year Harry and Meghan will return to British soil and face the family they have so publicly criticized.”

“I imagine Harry and Meghan’s return will be a tense one – so much has gone on since Meghan was last here, and relationships have broken down. The news of Harry’s memoir caused a lot of upset and anger – with him visiting only months before its intended release, I imagine it’ll be a bit of an elephant in the room,” he explained adding that the Duke of Sussex’s memoir “has the potential to do damage” and thinks that it will “be particularly tough for Harry” and that “he’ll feel very torn.”

Larcombe, on the other hand, expressed his hope that the trip back to the U.K. would pave the way for reconciliation with the British royals. He hopes it “could ease some tensions” because the last thing the family needs is additional stress with Prince Harry and Meghan Markle. He hoped that the couple’s visit “could potentially be a fresh start for them all.”