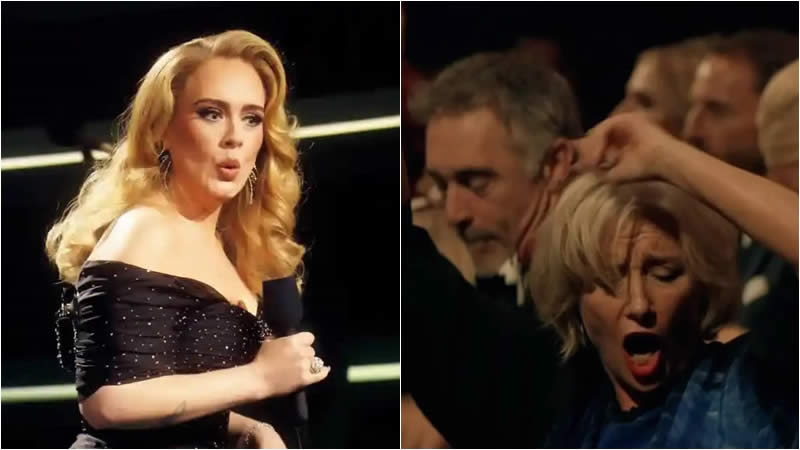 During the ITV special featuring Adele on Sunday, the audience couldn’t get enough of actress Emma Thompson’s dancing.

Adele, 33, sang songs from her new album 30 as well as classic hits in the pre-recorded performance, which was recorded in the London Palladium. Emma Watson, Dua Lipa, Samuel L. Jackson, Daniel Kaluuya, and Mel B. were just a few of the recognizable guests in the 2300-seat theater.

When the Easy on Me singer performed her 2011 hit Rolling in the Deep, the entire audience danced along, including Nanny McPhee star Emma, who was clearly having the time of her life.

“I’m not a betting man but I think Rolling In The Deep is Emma Thompson’s favorite Adele song,” one viewer said.
Another fan shared: “Emma Thompson having the absolute time of her life at an audience with adele”.

A third declared Emma’s moves mum dancing. “Emma Thompson dragging everyone up and mum dancing is sending me over the edge – I love her.”

While a fourth Adele was also loving Emma’s dancing, tweeting: “Emma Thompson dancing to adele is literally a whole mood.”

Adele, a mother of one, launched her much-anticipated new album, 30, on Friday, following the release of her first single in five years, Easy On Me.

Adele sings of being vulnerable and asking her spouse to be easy on her in the ballad.

There are also supposed to be references to her divorce from husband Simon Konecki in 2019; Adele sings about how she and her partner were “stuck” in their ways and how she tried “hard” to make their relationship work, but she had to “give up” at some point.

This is most evident on track three of the heartbreaking album, My Little Love. This song, specifically, has fans in tears.
My Little Love focuses on the singer’s youngster and shows his childish reaction to his parent’s divorce.