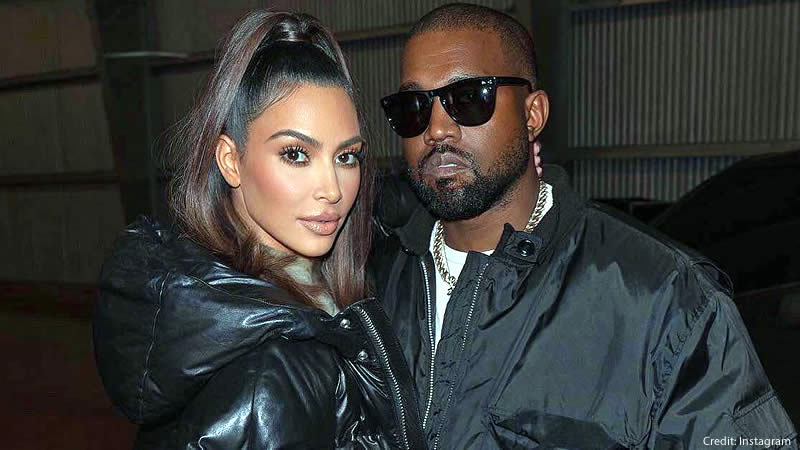 Following the rapper’s online attacks on her and her family, KIM Kardashian has thrown some major shade at her ex-husband Kanye West on Instagram.

The Chicago native reappeared on Instagram and attacked Kris Jenner, the star of the Kardashians.

The founder of SKKN shared a picture of a black baseball cap with the words “Not Today Satan” written on it in a font like that of previous Kanye merchandise.

She also added her own caption, which seemed to advance the situation.

Kim wrote, “Only @krisjenner would have this in the backseat of her car lol.”

Her statement follows a string of criticisms Kanye posted on Instagram.

As per Mirror, while he has since focused much of his energy on Adidas and the people behind the brand, he began by coming for Kim and Kris, 66.

During his early posts, the Donda musician regularly addressed the costly private school in California that Kim sends their four children to attend.

His first rant was focused mostly on the Kardashian momager.

“Don’t let Kris make you do Playboy like she made Kylie and Kim do,” he wrote.

“Hollywood is a giant brothel. Pornography destroyed my family. I deal with the addiction, Instagram promotes it.”

He continued: “Not gonna let it happen to Northy and Chicago.”

The caption was posted alongside a photo of a woman who was not tagged and was not immediately recognizable.

In another post, he wrote with no real context on a black background: “They teach black kids Kwanzaa at [kids’ school]

“What the fk is Kwanzaa and who made that bullst up?”

Kanye didn’t stop there, writing: “Everyone lives in LA for the check anyway, so no one really cares about their children being indoctrinated.”

Not long after that post, he shared something of a statement, writing: “My kids going to Donda.”

He seemed to be referring to his personal Simi Valley private school.

“Charlamagne Tha God and Kris get the m***king popcorn,” the rapper added.

He also shared a text message with someone who seemed to take issue with his outbursts.

Although it’s unclear who the person was, Kim seemed to be referring to Kris.

“Can U please stop?” the sender wrote.

“No,” Kanye hit back. “We need to talk in person. You don’t have say so of where the kids go to school. Why you get say say? Cause you half white?”

In another screenshot, Kanye shared even more text messages from an unknown sender.

The person wrote: “From my mom – PLEASE.”

“Tell him to please stop mentioning my name. I’m almost 67 years old and I don’t always feel great and this stresses me to no end.”

Kanye then replied: “Ya’ll don’t have s[ay] so over my black children and where they go to school.

“They will not to playboy and sex tapes. Tell your Clinton friends to come get me. I’m here.”

He also mentioned “Trav, Travis, and Scott” in yet another all-black text meme then posted the NSFW google search for “c*m donors.”

He wildly captioned that one: “Calling my fellow c*m doners We in this 2gthr.”

Before Kanye’s strange posts, there were rumors that his ex-girlfriend and he were getting along better now that she had broken up with Pete Davidson.

After seven years of marriage, the Kardashians star filed for divorce in February 2021.

Kanye unleashed a similar attack against the SNL comedian while Kim and Pete were still dating.

He called Pete a “dkhead”, threatened to “beat his a” and accused the actor of trying to “destroy” his family in his various rants.

He coined the infamous nickname “Skete,” which he still uses to refer to Kim’s ex.

After months of relative Instagram silence, he has now reappeared, primarily to attack the brand Gap over their fashion collaboration.

Fans noticed that Kim seemed to be modeling more and more Yeezy clothing in the midst of this.