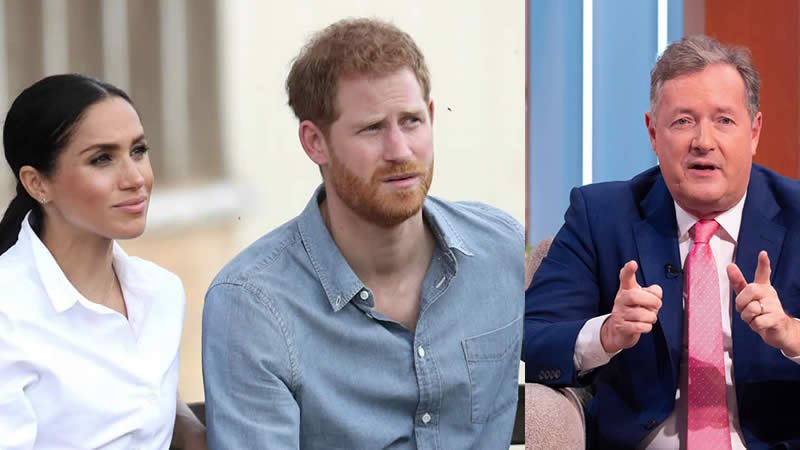 Morgan, who is the couple’s vocal critic, took to Twitter after they announced on Sunday that earlier this week they had welcomed a baby girl Lilibet Diana Mountbatten-Windsor.

“To those asking for my reaction to the new royal baby, I am respecting her parents’ constant pleas for privacy and declining to comment,” Morgan tweeted.

The controversial broadcaster has responded to the birth of Prince Harry and Meghan Markle’s second child with a sly dig at the Duchess, proving he is nothing if not consistent in his critique of the royal couple.
The 56-year-old has gained a reputation as Markle’s fiercest critic for his outspoken attacks on the Duchess, his criticism also extending to her husband, Prince Harry.

Morgan was a notable opponent of the couple’s decision to step down as senior royals in pursuit of independence and financial freedom last year, and lost his lucrative job as the anchor of Good Morning Britain after questioning the authenticity of Markle’s battle with mental illness.

Pierce Morgan, according to some fans, was apparently referring to The Sussexes saying as they stepped down as senior royals to live more private lives, but then went on to give endless interviews.
Harry and Meghan’s baby is a little sister for their son Archie, who was born in 2019, and a new cousin for Prince George, Princess Charlotte and Prince Louis.

A statement from the couple’s press secretary said: “It is with great joy that Prince Harry and Meghan, The Duke and Duchess of Sussex, welcome their daughter, Lilibet “Lili” Diana Mountbatten-Windsor, to the world.

How To Get Celebrity Hairstyles and Haircuts?
Kate Middleton Is Going To Replace Harry At Diana’s 60th Birthday, Memorial Unveiling