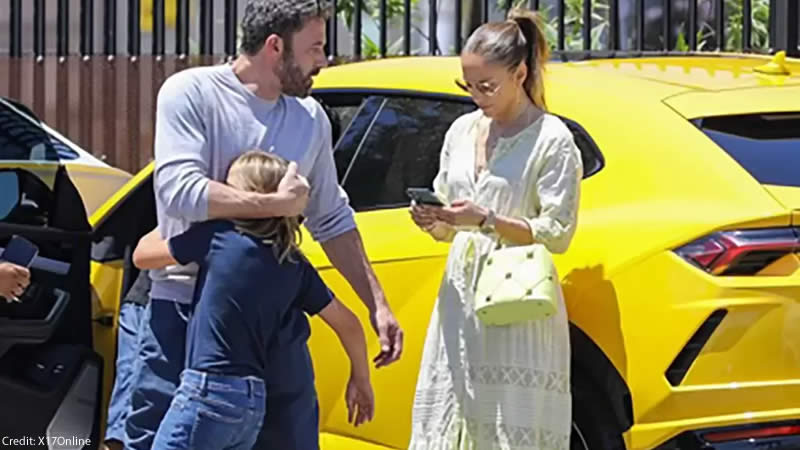 Samuel Garner Affleck, son of Hollywood actor Ben Affleck, was left speechless after he carelessly crashed an expensive Lamborghini into a BMW parked behind it. When the event occurred, the father-son team was seen out and about with Jennifer Lopez. The event was captured on camera by an international paparazzi and was posted online.

In the footage, JLo could be seen getting into the backseat while Samuel appeared to be driving. The bright yellow Lamborghini reversed and struck a white BMW behind it as Ben stood at the door.

As per news18, Samuel was seen laughing off the situation as Ben and a member of his team were spotted inspecting the accident. Samuel received a hug from Ben as well. The car costs $225,000, according to Daily Mail.

The couple and Samuel, according to TMZ, were at 777 Exotics, a Bev Hills luxury car rental dealership. There was no damage, a spokesman of Ben told the newspaper.

“An employee at 777 Exotics told us there was no accident and the cars were just parked really close together — which is true — but that doesn’t explain why Samuel would get out and inspect the 2 vehicles,” the TMZ report mentioned.

Samuel is Ben Affleck’s youngest child from his marriage to Jennifer Garner, for those who are unaware. Additionally, the former couple has two daughters: Seraphina Rose Elizabeth (13) and Violet Anne (16). (13). Ben and Jennifer wed in 2005, and their marriage lasted till 2018.

Ben and Jennifer Lopez started dating in April 2021. The couple, who were first dating from 2002 to 2004, reignited their romance after their respective relationships came to an end that year. Marc Anthony and Jennifer were previously married. They got married in June 2004. The next year, in 2008, the couple welcomed twins Emme and Max into the world.

Now engaged, Ben and Jen are frequently photographed with each others’ children.