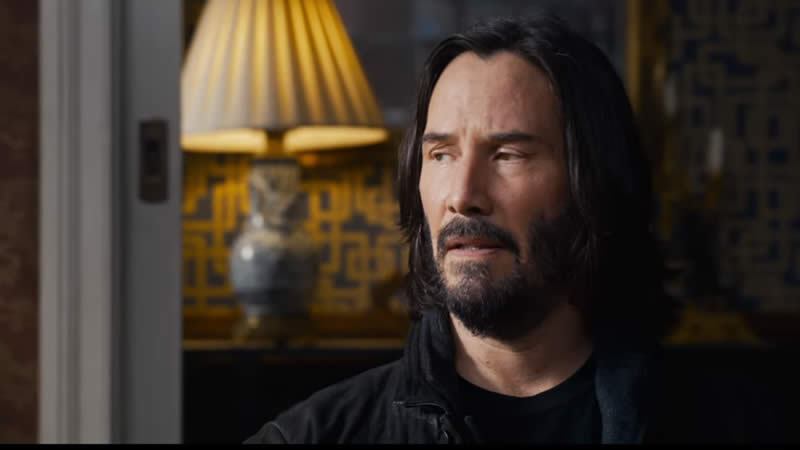 Fans can expect to see white rabbits, an exploding train, a plastic duck, lots of code flying around and other things.

Keanu Reeves and Carrie-Anne Moss reprise their roles as Neo and Trinity, respectively.

In a trailer that reintroduces Keanu Reeves’ hero Neo, film fans have been given their first full taste of the fourth installment in the Matrix franchise.

In December, The Matrix Resurrections will be released in theatres and on the HBO Max streaming service.

The Matrix film was released in 1999, and the first two sequels followed in 2003. A virtual reality created by a futuristic artificial intelligence is used to enslave humanity in the series.

The trailer, which debuted online on Thursday, also features returning co-star Carrie-Anne Moss. A bearded Reeves seeks advice from a bespectacled psychiatrist, played by Neil Patrick Harris of How I Met Your Mother fame, in the trailer. Neo’s past as the Messianic figurehead of a resistance movement at war with the AI behind the Matrix is alluded to in Reeves’ character’s dreams.

Reeves, whom Harris refers to as Thomas, appears to be unaware of the truth Neo discovered in the first film: that the world he knows is a computer-generated simulation. But as he takes an elevator, studies his reflection in a mirror, and relaxes in a bathtub with a plastic yellow duck perched on his head, he realizes something is wrong.

Given that Neo appears to have died at the end of The Matrix Revolutions in 2003, we’re left to wonder if Reeves is portraying a different or alternate version of his original character. The same might be said for Moss’ resistance fighter Trinity, who doesn’t seem to recognize Reeves when they meet in a coffee shop and shake hands.

Alternatively, Thomas/Neo could be attempting to block out memories of the guy he used to be by ingesting handfuls of tell-tale blue pills. Either way the trailer is great as it has left all the questions opaque, enhancing the curiosity and ensuring the people go out and watch to movie.