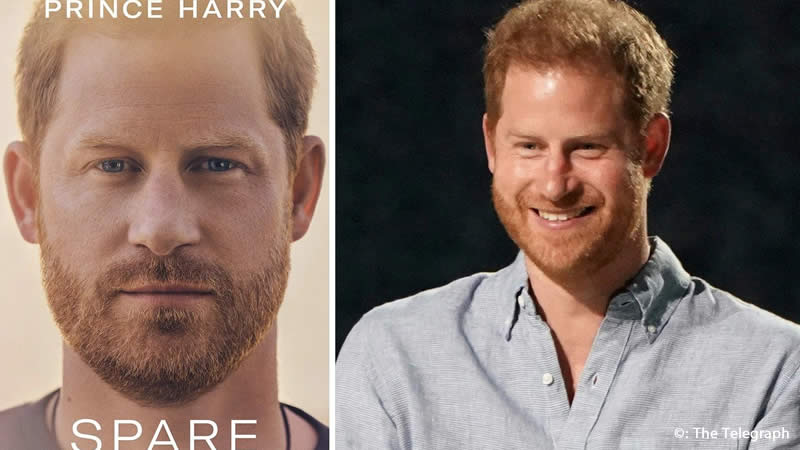 Spare, a 416-page book published by Penguin Random House, was billed as a work of “raw, unflinching honesty.”

Relatives were not informed of the title – a play on the phrase “the heir and the spare” – in advance of Thursday’s announcement, with a source telling the Daily Mail that it will be viewed as “controversial” and “provocative.”

It was supposed to be released this autumn, but it will now be available on January 10.

The date was pushed back as a mark of respect following the death of the Queen, as well as to allow Harry time to make changes and remove potentially damaging material.

Reports that the Duke of Sussex requested changes after experiencing “cold feet” are believed to be ‘overblown’, according to The Telegraph.

Instead, the book will include a short message stating that it was written earlier to the monarch’s death on September 8.

The Royal Household is ‘dreading’ the book, which is ‘critical of everyone and everything,’ according to the Mail.

In a press release, the publisher said: ‘Spare takes readers immediately back to one of the most searing images of the 20th century: two young boys, two princes, walking behind their mother’s coffin as the world watched in sorrow – and horror.

‘As Diana, Princess of Wales was laid to rest, billions wondered what the princes must be thinking and feeling – and how their lives would play out from that point on.

‘For Harry, this is his story at last.’

Royal author Richard Fitzwilliams said: ‘The Palace will be very concerned, especially in the early months of King Charles’s reign. It is a sensational title and implies the writer was not valued or certainly that he did not feel at the center of events.’

He added to MailOnline: ‘The consequences will be far-reaching and may be highly destructive.’

A royal source told The Mirror: ‘The very title demonstrates yet another aggressive attack on the family after claiming a desire for privacy. Palace lawyers will undoubtedly be on standby in the New Year waiting to see what is in it.

‘If Harry’s previous allegations across numerous TV interviews are anything to go by, this will be nuclear. Regardless of the content, which will no doubt be explosive, there will be little chance of this acting as a vehicle to reconciliation for Harry and Meghan.’