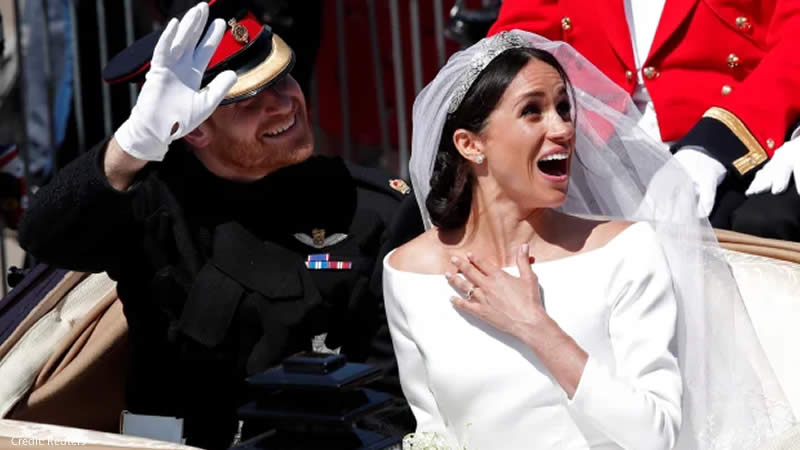 When the Duchess of Sussex married Prince Harry in 2018, she raised eyebrows during her wedding speech.

Meghan Markle’s wedding speech is said to have left her friends “in shocked silence.”

When the Duchess of Sussex married Prince Harry in 2018, she raised eyebrows during her wedding speech.

Meghan, the former Suits actress, stunned her friends when she revealed the details of her first marriage and subsequent divorce.

As per Birmingham Mail, Meghan referred to the future father of her two children as “the One” during her speech following her wedding to the Duke of Sussex, now 37, at Windsor Castle’s St George’s Chapel in 2018.

Meghan, Harry, and their two children, Lilibet Diana – or Lili – and Archie Harrison, currently reside in the United States.

Omid Scobie and Carolyn Durand wrote in Finding Freedom: “A first for a royal bride, the move reinforced the idea that this American was no typical duchess.”

They say you could hear a “pin drop” during Meghan’s words.

Meghan thanked Harry’s father, Prince Charles, the Prince of Wales, for giving her away during the wedding despite the fact that her father, Thomas Markle Sr, was not present.

After her divorce from Trevor Engelson, she called Harry “the One” and “worth the wait.”

Her speech was a “first” for a royal bride, and it occurred after the couple married in front of millions of people.

Two years ago, the couple stepped down as senior royals.