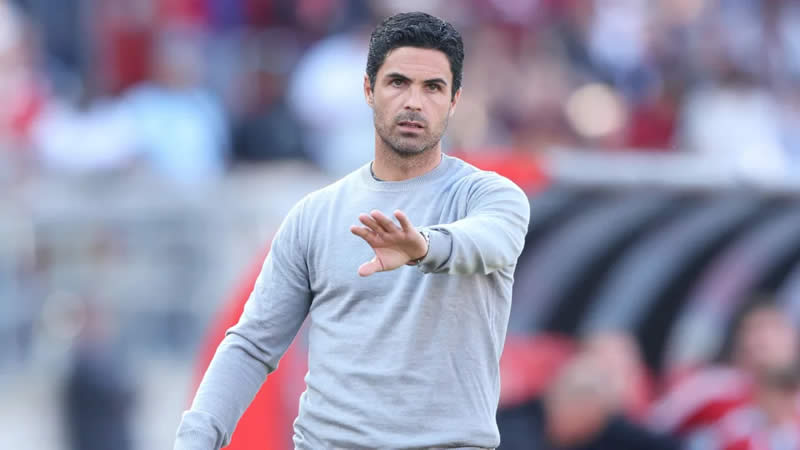 In a clip from the upcoming Arsenal All or Nothing documentary on Amazon Prime, Mikel Arteta told his team that he was born with a “big heart disease.”

The eight-episode series will follow the north London team during their eventful 2021–2022, during which they just missed playing in the Champions League on the final day of the season.

Arsenal’s season got off to a terrible start with losses to Brentford, Chelsea, and Manchester City before the September international break.

Prior to what would ultimately be a 1-0 win against Norwich City in their fourth Premier League game of the season, Arteta addressed his heart issue in an emotional team meeting with his players.

“When I was born, I was born with big heart disease. And for two years they had to try to save my life until I had the opportunity to have the first open surgery in Spain.

“So a high-performance team, not a football team or basketball team, for example, it can be an emergency team, the ones that work for example in hospitals.

“These teams have to be surrounded by people, they are very special. They are willing to work 24/7. They do it only for one reason – because they love what they do.

As per 90min, Arteta then used a whiteboard to display a graph of his emotions since the start of the season, with an x-axis for time up to 14 days and a y-axis from one to 10 to show how he was feeling.

“I’m going to share something with you. This is my emotional status. In the last 14 days, one to ten. Post-Man City, I was here, dead [beneath the graph].

“I had fear. I had insecurity. I had the media that is killing me. Suddenly, I had all the positives. I have an incredible family. A wife, three kids. Another one, the club – always supporting me from the top.

“The moment that I go from here to there [one to ten], like this, is you guys. This week I have found the purpose. Why I want to be a coach. Why I’m in the industry, why do I have to be with these people?

“So for these guys what I have to say, only from my side is thank you so much.

“Because you made, in a difficult moment, the best week of my football career. Believe in yourselves, I do. You are really good. The last thing I want to do as a coach is blamed any of you in difficult moments.”