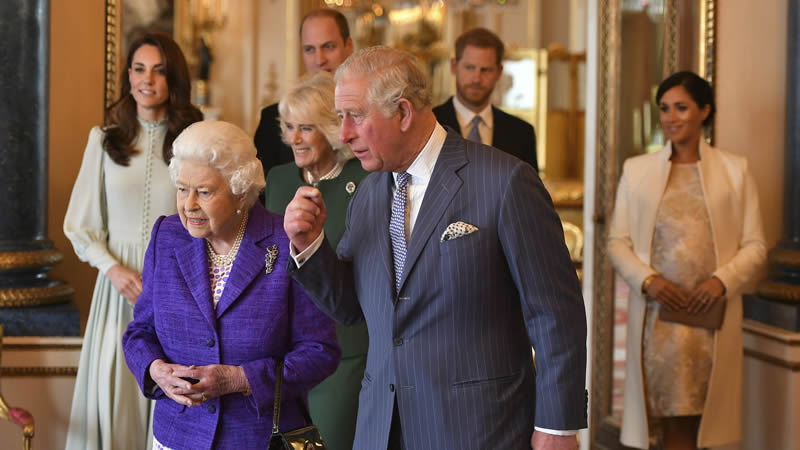 Lilibet and Archie Harrison might thrill the Queen and Prince Charles by visiting the UK with their parents, Prince Harry and Meghan Markle at Christmas, a royal expert has claimed.

40 years old Meghan Markle and her husband Prince Harry, 37, are reportedly preparing to bring their two children Archie, two, and baby Lilibet Diana to the UK for Christmas this year, an event that would pleasure Queen Elizabeth II, 95, and her son Prince Charles, 72. The Queen would be meeting her great-granddaughter Lilibet, who was born in June, for the first time.

The young royal’s name pays tribute to Her Majesty, as Lilibet has been the Queen’s nickname among family since she was a child.

Harry and Meghan’s daughter has not yet met her namesake due to travel restrictions imposed due to the corona virus outbreak and the family’s location in the United States.

A festive visit would also allow Prince Charles to meet the newest member of the Sussex family, as he hasn’t seen his grandson Archie, Meghan and Harry’s first child, since the family moved to the United States.

When the Duke and Duchess of Sussex’s daughter was born, the future king became a grandfather for the fifth time, and his eldest son Prince William, 39, has previously praised Charles as a “brilliant” grandparent.

As per Express, while asked about being a grandfather, Charles has previously stated that “it is very important to create a bond when they are very young,” and meeting Lilibet would allow them to bond.

The Duke and Duchess of Sussex last visited the UK for Christmas in 2018, and Prince Harry has only visited the UK twice since stepping down as a working member of the Royal Family.

Katie Nicholl, a royal author, told Closer that the festive period is being “looked at as an opportunity” that could “pave the way for a healing of the family rift.”

In a bombshell tell-all interview with US host Oprah Winfrey in March, Prince Harry and Meghan made shocking claims about the Royal Family.

Following the pair’s allegations, Buckingham Palace issued a statement saying that while “recollections may vary,” the matters presented were taken “very seriously and will be addressed by the family privately.”

According to Katie Nicholl, the festive get-together may provide an “opportunity” to “move on and sort things out” in the aftermath.

She said: “When Harry and Meghan left, they made it clear they didn’t want to give up their home in Britain. They still have Frogmore Cottage and their plan was to come back to the UK.

“Christmas is being looked at as an opportunity. There may be a softening, which could pave the way for a healing of the family rift.

“It’s certainly what the Queen wants. Prince Charles would like to see his grandchildren. A meet-up suggests they hope to move on and sort things out.”

If a meeting is planned, Meghan and Harry may be joined by Harry’s brother Prince William and Kate Middleton, both 39, and their three children, Prince George, eight, Princess Charlotte, six, and Prince Louis, three.

Since Harry’s stepping back from the monarchy, the brothers have only been seen together twice, notably for the inauguration of a statue of their late mother, Princess Diana, in July.

In April, the brothers also attended the funeral of their grandfather, Prince Philip.

The visits were brief in both cases, allowing Prince Harry to stay for a quarantine period ahead of his attendance at each event before he returned to his California home.