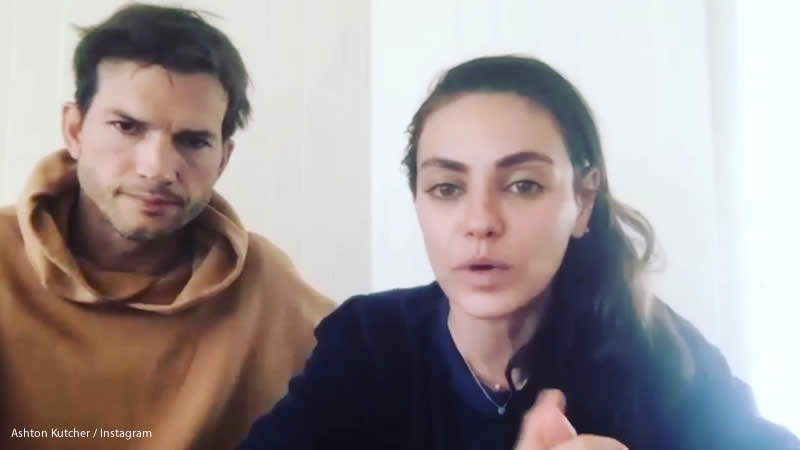 Ashton Kutcher and Mila Kunis are halfway to their $30 million fundraising goal for Ukraine’s citizens. Kunis, who was born in Ukraine, moved to the United States in 1991.

The couple gave an update on their fundraising efforts for the country during the Russian invasion in an Instagram video posted to Kutcher’s account on Saturday.

“UPDATE!! 15 million. We are halfway to our goal. Thank you for the support!” Kutcher captioned the video on his account, along with the hashtag “Stand with Ukraine.”

Since then, the funds have increased to over $16 million.

Kunis spoke about their efforts so far in the video, which received support from Reese Witherspoon and others.

“We just wanted to give you a quick update as to where we stand with the fundraising. We’re halfway through,” said Kunis, who was born in the Ukrainian city of Chernivtsi in 1983. “We’re super-excited, and we want to say thank you to each and every single one of you. It’s been an incredible past 48 hours.”

Kunis introduced Ryan Petersen, the creator of Flexport, and Brian Chesky, the CEO of Airbnb, to speak further about where the donated funds are being channeled after providing an update on their fundraising efforts.
More than 30,000 people have already donated to the cause, according to Kutcher.

“We’re halfway there. We’re at $15 million, and we’re heading to $30. We’re going to make this happen,” he said. “There are some problems in the world that take a village to solve, and there are other problems that take the rest of the world. This is one of those other problems.”

According to Yahoo Entertainment, the cast of That ’70s Show first announced their GoFundMe project on Thursday, pledging to match up to $3 million in donations. Kunis spoke about her Ukrainian heritage and her decision to help the country where she was born in a touching video.

“I’m a proud American. I love everything this country has done for myself and my family,” she said, “but today I have never been more proud to be a Ukrainian.”

Kutcher added, “And I’ve never been more proud to be married to a Ukrainian.”

“The events that have unfolded in Ukraine are devastating,” Kunis continued. “There is no place in this world for this kind of unjust attack on humanity.”

As per reuters, Kunis spoke more in-depth about her decision to take action on the fundraising page.

“Ukrainians are proud and brave people who deserve our help in their time of need. This unjust attack on Ukraine and humanity at large is devastating and the Ukrainian people need our support,” she wrote. “Our family is starting this fund to help provide immediate support and we will be matching up to $3 million dollars. While we are witnessing the bravery of Ukrainians, we are also bearing witness to the unimaginable burden of those who have chosen safety.

Countless amounts of people have left everything they know and love behind to seek refuge. With nothing but what they could carry, these Ukrainian refugees are in need of housing and supplies right away.”

Since Russia’s invasion, more than 1.5 million refugees have left Ukraine for neighboring countries, the Associated Press reported on Sunday.