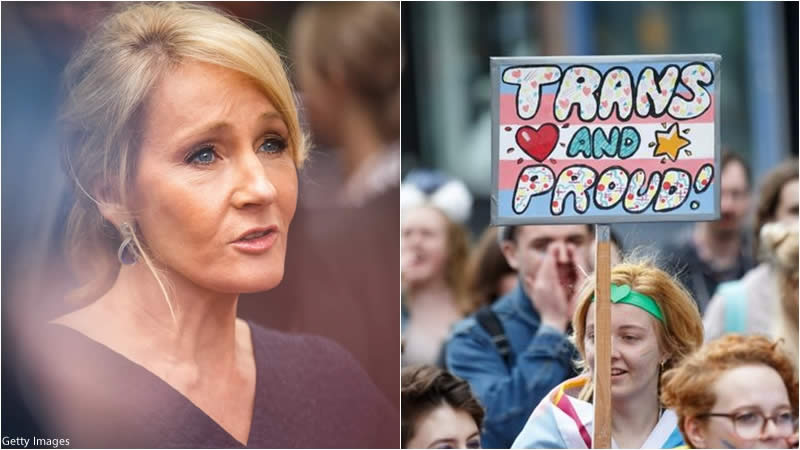 JK Rowling has criticized Scotland’s Gender Recognition Reform Bill, claiming that it will “harm the most vulnerable women.”

The Harry Potter author slammed the Bill, which recommends reducing the time it takes to obtain a gender recognition certificate (GRC) and lowering the age at which trans people can obtain the document from 18 to 16.

The Bill would also reduce the time required for a person to live in their acquired gender before applying from two years to three months.

They would then have to go through a mandatory three-month “reflection period,” at the end of which they would have to confirm whether or not they want to proceed with their application.

Miss Rowling, 56, tweeted: “The law @NicolaSturgeon’s trying to pass in Scotland will harm the most vulnerable women in society: those seeking help after male violence/rape and incarcerated women.

“Statistics show that imprisoned women are already far more likely to have been previously abused.”

It came after Social Justice Secretary Shona Robison spoke in Holyrood last week about the Bill: “This Bill does not introduce any new rights for trans people.

“It is about simplifying and improving the process for a trans person to gain legal recognition, which has been a right for 18 years.

“The Scottish Government has always been keen to seek consensus where possible and to work to support respectful debate. That will remain a guiding principle as the Bill progresses through Parliament.

“Our support for trans rights does not conflict with our continued strong commitment to uphold the rights and protections that women and girls currently have under the 2010 Equality Act. This bill makes no changes to that Act.”

Ms. Robison said many people have found the current process for obtaining a GRC – giving legal recognition of their acquired gender – to be “intrusive, medicalized and bureaucratic”.

She said trans people are “among the most stigmatized in our society” as she argued the Bill makes “no changes” to women’s rights.

The Scottish Government’s proposals would amend the Gender Recognition Act of 2004, which sets up the criteria and procedures for obtaining legal gender recognition.

However, some SNP MSPs have been critical of the reforms, and earlier this week Scottish Finance Secretary Kate Forbes refused to say whether she would support the Bill, amid speculation that some SNP MSPs want a free vote on the reforms to avoid consequences if they vote against the party whip.