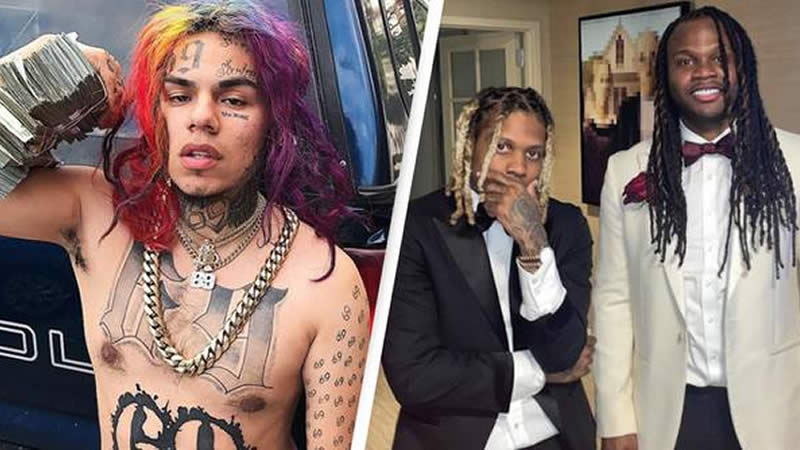 After the reported death of Lil Durk’s brother Dontay “DThang” Banks Jr., 6ix9ine opted to not pay his respects or keep silent on the matter, instead taunting the rapper during his tough time.

On Sunday, in a post on Akademiks’ Instagram page, the rainbow-haired artist decided to clown Durk over the Chicago shooting that reportedly took the life of his sibling. As previously reported by TMZ, DThang was reportedly shot and killed outside of a nightclub this weekend.

But, while he also told Durk to “stop the senseless violence” with a few more tasteless emojis, he wasn’t only in the comment sections of his good friends like Ak. As Hotnewhiphop reports, 6ix9ine also shared a sarcastic “RIP” on a Shade Room post about the reported death of Durk’s brother. And fans have been finding other possible examples throughout Instagram as well.

This isn’t uncommon territory for 6ix9ine—who has made seemingly disparaging and hurtful comments about the deaths of other figures like King Von.