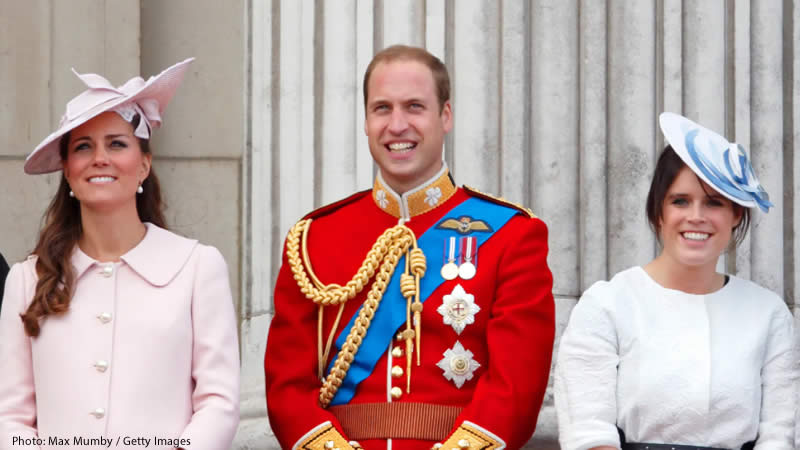 The princess is believed to share a closer bond with Prince Harry than with his older brother.

Last year, during the “Together at Christmas” service at Westminster Abbey, Prince William and Princess Eugenie may have unwittingly demonstrated that they do not have a close relationship.

Jess Enrique Rosas, better known on YouTube as The Body Language Guy, studied a video of the cousins to “assess the current relationship inside the Royal Family.” It showed their bond or lack of, particularly when the royals exchanged congratulations before the service began.

“What’s relevant about this clip is you can see Prince William and Catherine, Zara Tindall and Princess Eugenie and Beatrice. Everyone pays close attention to the dynamics between the York sisters and the Duke and Duchess of Cambridge,” he said and pointed out how the Cambridges were very warm towards Zara.

The Duke and Duchess of Cambridge closely embraced Zara and Rosas explained how the interaction showed their bond with each other. He said, “There is closeness, there’s his open and relaxed hand, you can see his inner elbow is basically matching the arm of his cousin. There’s enough contact to signal that they feel comfortable with each other and they are happy to meet.”

Rosas said they even had “full contact between their heads and faces. Whereas, Prince William behaved differently with Princess Eugenie. Instead of a hug, he simply placed his hand on her back and she did the same to him.

“I’m sure by this point you’ve already noticed…William usually grabs people’s arms to signal goodwill. We already saw him embracing Zara, so it could have made sense if he did the same thing with Eugenie, but he didn’t.”

He added, “For me, the biggest tell is Eugenie’s taps on William’s side. They have absolutely no pressure… and they keep a personal distance between them. Extremely formal, no warmth at all.”

Rosas found it “interesting that William did not greet her in the same way as he did with Zara.” Kate Middleton is said to have failed to greet Princess Eugenie. He claimed that the Duke of Cambridge’s lack of warmth and his cousin’s
greeting showed that they are “not on the best of terms.” It’s unclear why, but it’s thought to be because the princess is friends with Meghan Markle and is known to be close to Prince Harry.