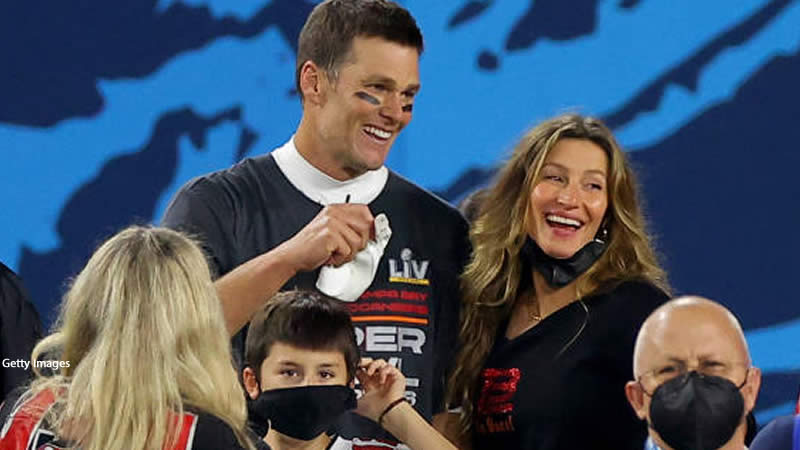 Tom Brady will take the field for his first NFL game after his retirement on Sunday night without his wife Gisele Bündchen in the audience, a source told PEOPLE.

The insider claims that the Tampa Bay Buccaneers’ first game of the 2022–2023 season against the Dallas Cowboys at AT&T Stadium will mark the 45-year-old quarterback’s return to the league without Bündchen, 42.

On Thursday, a source with the Buccaneers told PEOPLE that there were no plans in place for the supermodel to attend the game.

“It’s always a big thing when Gisele is coming to watch the game,” with extra security and snacks for the family, but “as of right now, there’s none of that for Sunday’s game,” they said.

“It feels very different this year than last year. She was excited to be here, we saw her around,” the source added. “I’m not saying she can’t possibly come, but nothing is in place for her to be here for the first regular season game and that seems weird.”

The insider continued by saying they avoid mentioning Bündchen around the 7-time Super Bowl winner.

“Everyone here knows that there’s tension, but we don’t know how serious it is. So we’re just not talking to him about Gisele. It’s not a topic anyone wants to bring up to him.”

Brady’s return from retirement “wasn’t thrilled” Bündchen, according to a different source who previously spoke to PEOPLE.

“There’s a lot of tension. She was so happy when he announced his retirement, and she wasn’t thrilled at all when he went back on that.”

“They’re hitting a rough patch,” the insider continued. “But I know they’re trying, or at least he’s trying, to figure it out and make it work. He wants to get through this and for things to get better.”

After Brady was excused from a Buccaneers practice last month “to deal with some personal things,” head coach Todd Bowles said in a press conference at the time, rumors of a dispute between the couple grew.

Brady and the team discussed the absence prior to the start of training camp in July, according to Bowles.

“Everyone has different situations they’re dealing with, and we all have unique challenges to our lives,” Brady told reporters. “I’m 45 years old, man.”

More than a month after confirming his retirement in February, Brady revealed his decision to un-retire via Instagram in March.

“These past two months I’ve realized my place is still on the field and not in the stands. That time will come. But it’s not now. I love my teammates, and I love my supportive family. They make it all possible,” he wrote.