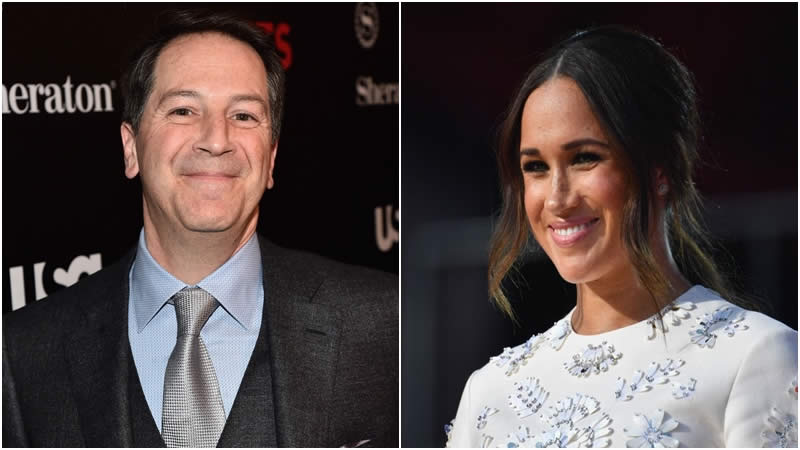 Aaron Korsh, the creator of SUITS, has opened up about working with Meghan Markle. Before marrying Prince Harry, the Duchess of Sussex featured in the American courtroom drama Suits. In a new interview, Mr. Korsh describes what it’s like to work with Meghan.

The creator of Suits took part in a Twitter Q&A where he answered fan queries.

After a fan inquired about Meghan, Mr. Korsh gushed about her.

“Among other things, I enjoyed Meghan’s enthusiasm both on set and off,” he remarked.“She brightened the mood wherever she was.”

Meghan’s lovely gesture at the beginning and end of each season was also disclosed by the Suits creator. He said: “She would always write a note after reading the season opener and finale, and it always made my day.”

Mr. Korsh added: “Among many other things that paint a picture…” Meghan played Rachel Zane in Suits for seven seasons from 2011 to 2018.

Meghan left the show in May 2018, just before her wedding to Prince Harry.

Meghan characterized her decision to leave her acting career behind to become a royal as a “new chapter.”

She said in her joint engagement interview with Harry in November 2017: “I don’t see it as giving anything up.

“And keep in mind I’ve been working on my show for seven years“.

“We were very fortunate to have that sort of longevity on a series“.

“For me, once we hit the 100 episode marker, I thought, I have ticked this box and I feel really proud of the work we’ve done there and now it’s time to work as a team with [Harry].”

As per Express, after ending their royal duties last year in a move nicknamed Megxit, the Sussexes now reside in the United States.

With their two children, Archie and Lili, Harry and Meghan have relocated to California.