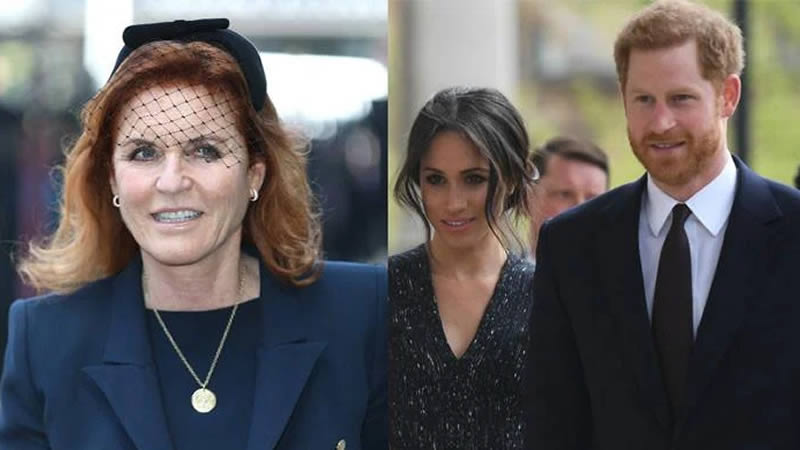 Sarah Ferguson said, “I love to see that little boy that cried at the funeral to have happiness now.”

Sarah Ferguson has spoken out about Prince Harry’s “happiness” with Meghan Markle, as well as what she believes his late mother, Princess Diana, would say about him now.

The Duchess of York was asked about the Duke and Duchess of Sussex, who moved to California last year after standing down as senior working royals, during an appearance on the Italian talk show Porta a Porta on Tuesday.

“The most important thing—and I know Diana, if she were here, would say that—is they are happy. And she makes him happy. And I love to see that little boy that cried at the funeral to have happiness now,” Ferguson, 62, said, referencing the somber moment Harry walked behind his mother’s coffin during her funeral procession in 1997.

Diana introduced her friend Sarah to her now ex-husband, Prince Andrew, the younger brother of Diana’s husband, Prince Charles, while they were both teenagers.

The Duchess, who affectionately called Diana “Duch,” previously told PEOPLE, “We were best friends from when she was 14 and I was 15.”

Sarah predicted that her childhood friend would be overjoyed at the men her kids, Prince William and Prince Harry, have grown into, as well as the ladies who have become their partners.

As per PEOPLE, the Duchess of York told: “She would be very proud of her sons and their wives,” “And she would be just like me, obsessed with her grandchildren. Because that’s what she loved.”

Close with the Duchess’ daughters Princess Eugenie, 31, and Princess Beatrice, 33, Diana “adored my girls. She adored the boys. This would be her haven. Her heaven.”

“If she were sitting with me right now, I know she would say, ‘I am so proud of both of my boys and the wonderful wives they have chosen,'” she says of Diana’s sons Prince William, 39, and Prince Harry, 36, along with Kate Middleton, 39, and Meghan Markle, 39. “Because each has got her own voice.”