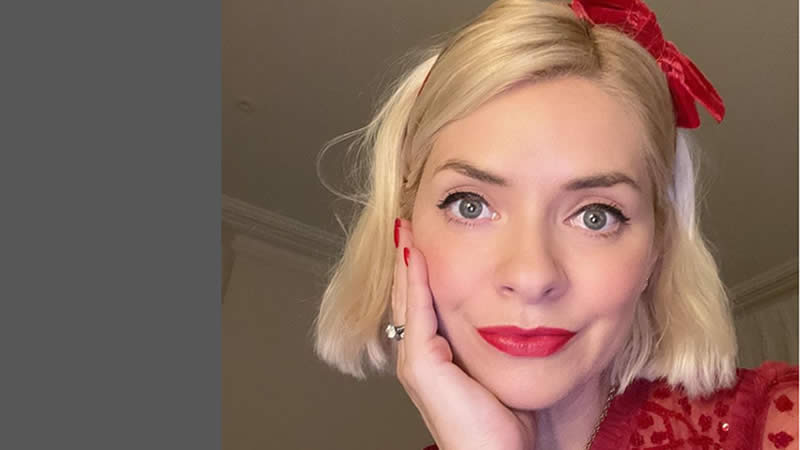 Holly Willoughby has taken a break from hosting This Morning to focus on other projects, but on Monday, the TV star – who is still filming Dancing on Ice – gave fans an inside look at her bedtime routine.

Holly shared a screenshot of herself in bed with her husband Dan Baldwin while on a video call with her dog Bailey on Instagram.

Although it is unknown where the loving mother was, it appears that the couple was spending the night away from home. “Favourite furry FaceTime,” Holly simply remarked in the caption.

Fans were quick to comment, with many asking the presenter to return to This Morning. “This is the cutest thing ever,” wrote one fan, while another said: “Where are you? We need you back on the sofa.” A third post read: “Waiting for his mummy to come home!” A fourth person stated: “So cute. Miss you with Phill… just not the same anymore!!”

Holly’s private post comes just a few days after she released the latest newsletter from her lifestyle brand, Wylde Moon. The mother-of-three talked about her family time and how walking and talking with her children is an important part of her relationship with them.

The presenter then shared a rare photo of her son and ten-year-old daughter, Belle, enjoying the outdoors, as well as a photo of her new dog, Bailey. “I always feel clearer of mind and body when I get out and go somewhere,” Holly’s newsletter read. “Podcast on and away I go… forest, beach, city pavement… it doesn’t matter where.

“‘Let’s walk and talk,’ I’ll say to the kids. Often, the best way of keeping the lines of communication open with my eldest son, who will become a teenager this year, is to walk and talk alongside him, without the pressure or awkwardness of direct eye contact,” Holly revealed.