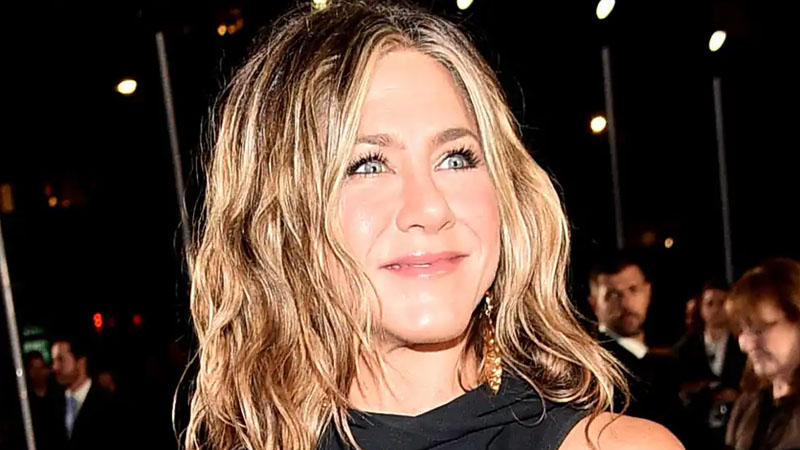 Jennifer Aniston always maintained that she and her ex-husband, Justin Theroux, have a close connection and they have often spoken openly about their friendship to the media.

However, Jennifer took the time to perform a yearly routine with a cheekier twist as Justin celebrated his 50th birthday.

The Friends star wished her ex-husband a happy birthday on Instagram Stories, where she shared a few photos of him to commemorate the occasion.

She wrote on one of the pictures, “HAPPY BIRTHDAY JT,” which featured Justin in front of a dog while he is in a suit as he made eyes at the camera.

She then uploaded a steamier shirtless photo of him wearing nothing but a visor as he posed for the camera. She captioned the photo with a sunglass emoji, “Truly one of a kind, LOVE YOU!”

They began dating in 2011, getting engaged a year later, and married secretly in their backyard in 2015. In 2018, they announced their separation.

According to Hello Magazine, for Jennifer’s birthday, the Mulholland Drive actor presented her with a grandiose black-and-white photograph of her, even addressing her by her nickname, “B.”

Speaking to Esquire about his relationship with the actress, he said, “I would say we’ve remained friends. We don’t talk every day, but we call each other. We FaceTime. We text.

“Like it or not, we didn’t have that dramatic split, and we love each other. I’m sincere when I say that I cherish our friendship.

“Also, she makes me laugh very, very hard. She’s a hilarious person. It would be a loss if we weren’t in contact, for me personally. And I’d like to think the same for her.”