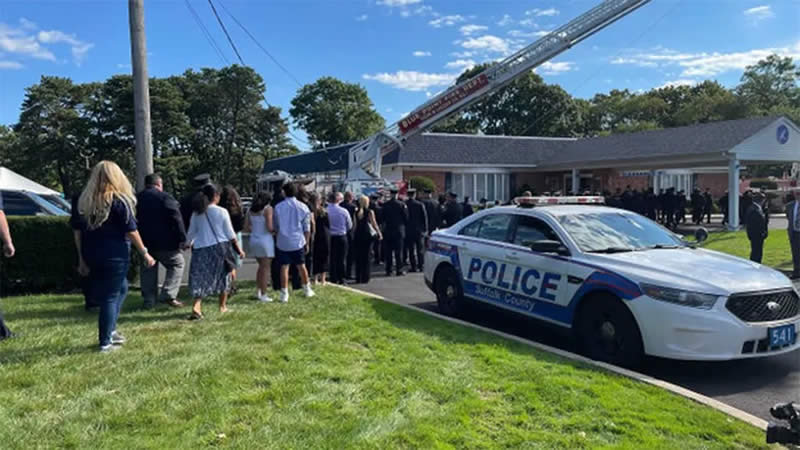 Gabby Petito’s family invited the public to a funeral for their daughter on Sunday afternoon, as the search for her fiancé, Brian Laundrie, who has been identified as a person of interest in her death, enters its second week.

Her father had announced that the public was invited to Moloney Funeral Home in Holbrook, New York, from noon to 5 p.m. Family, friends, and former coworkers of Petito, as well as those who have been following her story through recent news, gathered on Long Island to pay their respects.

Lexi Ruiz remembered working with Petito at a Patchogue diner that she ran.

“She was always willing to help someone else,” Ruiz said. “She was just such a light. … It’s nice to see so many people come together and support her family.”

Desiree Keeffe, a friend of Petito’s mother, said Petito was a “beautiful soul.”

She added, “She gave you love, She was just a beautiful soul. She touched everybody like she did now.”

Petito, 22, went missing in August while traveling across the country in a van with Laundrie, recording their trip on Instagram with the hashtag #VanLife.

On September 1, Laundrie returned to North Port, Florida, in their van without Petito, and her family reported her missing 10 days later. Petito’s mother said she last spoke with her daughter on FaceTime on August 24, when the pair left Salt Lake City for Grand Teton National Park in Wyoming.

Authorities announced last week that remains found at a campground in Wyoming were confirmed to be those of Petito.

Laundrie has not cooperated with investigators, police said. His family’s home in Florida, where he and Petito had been living before their cross-country trip, was searched by the FBI.

Laundrie has not been charged with Petito’s death. The lawyer of the Laundrie family, Steve Bertolino, said the warrant “is related to activities occurring after the death of Gabby Petito and not related to her actual demise.”