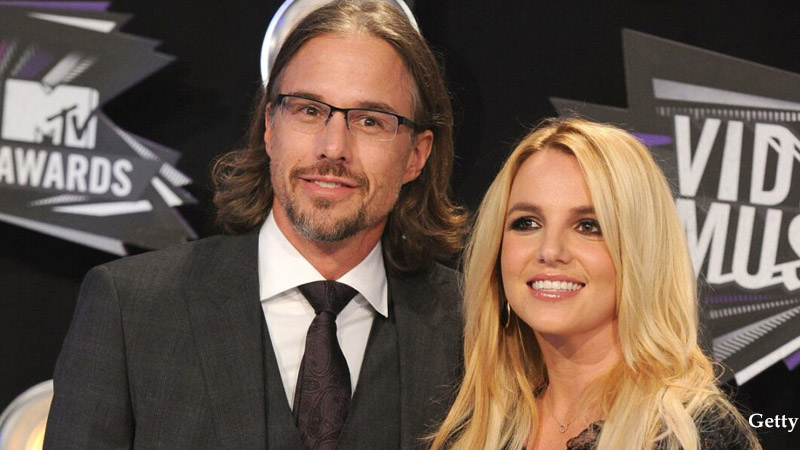 Jason Trawick, the Hollywood agent who was engaged to Britney Spears and briefly worked as her co-conservator, is speaking publicly about their relationship for the first time. Trawick, whose clientele included Taylor Swift, Paris Hilton, and Hilary Duff, spoke on Kevin Connelly’s podcast about his work.

The topic switched to his managing Britney, whom he met in 2006 through her brother, Bryan Spears. He represented her during some of her most difficult years, including when she was placed in conservatorship in 2008. They started dating the next year, got engaged in 2011, and then split in 2012.

He discussed the controversial conservatorship, saying that the “Toxic” singer required it at the time and that her father, Jamie Spears, had good intentions based on what he saw. He claimed his romance with Britney was fake, addressed the rumor that Jamie paid him to be a “spy,” and disclosed other details.

“Listen, did she need a conservatorship when I was there? Yes. I’ll be the first to say it,” Trawick, 50, said. “I think she needed some guidance.” He said someone needed to oversee the pop star’s finances, as she and her ex-husband Kevin Federline “spent a lot of money” in the two years they were married. Plus, “She’d be the worst person on The Price Is right according to Yahoo.

She doesn’t understand what things cost,” he added of the 41-year-old with who he hasn’t kept in touch. However, he said she needed the conservatorship for other reasons, including “therapy [and] stopping her from seeing certain individuals that were not great [influences].”

Jamie “100%” meant well, Trawick claimed, by putting the strict conservatorship in place, “unless they can prove he stole money from her.” He said Jamie sacrificed a lot for the job. When asked whether the conservatorship should have ended earlier, in 2021 after 13 years, he replied he wasn’t sure, but that Britney needed someone to look after her so others didn’t take advantage of her.

Now that the conservatorship is over, he’s happy she gets “the opportunity to show the world” that she can do it on her own. “If she fails, then she fails,” he said, “[But] I want her to prove [naysayers] wrong.” He said the pop star “has a big heart.”

Britney, of course, fought to end the conservatorship, which started the fan-led “Free Britney” movement. She filed a conservatorship abuse claim under Jamie’s supervision in June 2021. She alleged, among other things, that she was coerced into psychological care and forced into using birth control against her choice. Jamie was quickly deposed when she was able to employ her own legal team for the first time in 13 years.

The conservatorship as a whole ended in November of that year. The actress celebrated receiving her first ATM card and unfettered access to her automobile, two of several restrictions imposed by the conservatorship. Jamie, who made millions as a conservator, has maintained that he has always acted in the best interests of his daughter.

Trawick started repping Britney, newly divorced with two young sons, amid “all the craziness” prior to the conservatorship, he said. During that period, he didn’t have much contact with her “because there was a person in her life that I don’t even want to give the credit to name his name,” referring to Sam Lufti, “who took over… My calls didn’t get returned because they never got to her. Eventually when she came out of it … and the family got involved … I became [her] real agent.”

They developed a close friendship (“We were best friends basically. She trusted me. She felt close with me”) and revealed “when they crossed the line” from professional to romantic. He said they were in Las Vegas and she “hated being alone” in her hotel rooms, so it wasn’t uncommon that he’d stay with her on a couch.

One night, she invited him into her bed. He recalled the morning after when the nanny arrived to watch her sons, Preston and Jayden. He said they should keep what happened quietly from the nanny and he thought they were set on their story. But when the nanny walked in, Britney “just walks by butt naked into the kitchen,” blowing up any cover story. “From that point on, we were an item.”

He said that time was surreal as he “became a reality star” of sorts. “People were talking about me,” which wasn’t “a great look” for his career, by which he was supposed to be a background fixture. He ultimately put his career on the back-burner for her because “I definitely was in love,” and joined her on two world tours.

Britney has openly criticized her father and family for keeping her under the conservatorship for so long before it ended. She usually uses social media to speak out against them, but she is now working on a memoir to relate her own story.