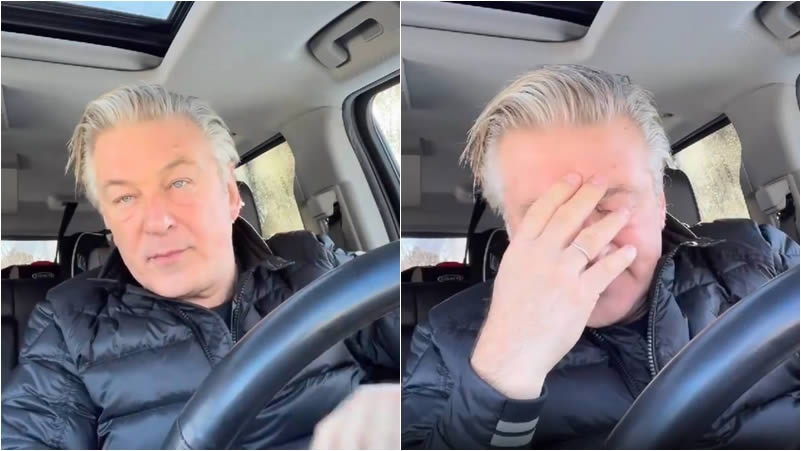 In October last year, the actor was holding a gun during rehearsals on the set of the movie ‘Rust’ when it discharged, killing cinematographer Halyna Hutchins.

Alec Baldwin, a veteran Hollywood actor, has denied claims that he is not cooperating with the investigation into the shooting tragedy on the set of the film ‘Rust.’

According to female first, the actor was holding a gun during rehearsals on the set of the film ‘Rust’ in October last year when it discharged, killing cinematographer Halyna Hutchins and wounding the film’s director Joel Souza.

A search warrant has been issued for Alec Baldwin’s phone and he said in a new Instagram video: “Any suggestion that I am not complying with requests or orders or demands or search warrants about my phone, that’s bull****, that’s a lie.”

“This is a process where one state makes the request of another state. Someone from another state can’t come to you and say, ‘Give me your phone, give me this, give me that. They can’t do that. They’ve got to go through the state you live in.”

“And it’s a process that takes time and they have to specify what exactly they want. They can’t just go through your phone and take your photos or your love letters to your wife or what have you, I really don’t know.

“But of course, we are 1,000 percent going to comply with all that, we’re perfectly fine with that.”

The Santa Fe Sheriff’s Office filed for a search warrant on December 17, as they said the material “relevant to the investigation” could be on the device.

Detective Alexandria Hancock wrote in the search warrant: “Affiant is requesting a warrant for the seizure and search of Alec Baldwin’s cell phone to search for any evidence relating to the death investigation of Halyna Hutchins.

“Affiant believes there may be evidence on the phone, due to individuals using cellular phones during and/or after the commission of a crime(s). Such information, if it exists, maybe material and relevant to this investigation.

“Affiant was also made aware there were several emails and text messages sent and received regarding the movie production ‘Rust’ in the course of interviews.”

The Santa Fe Sheriff’s Office has stated that they are now “actively working” with the Suffolk County Sheriff’s Department in New York – where Baldwin resides – to collect the required information.