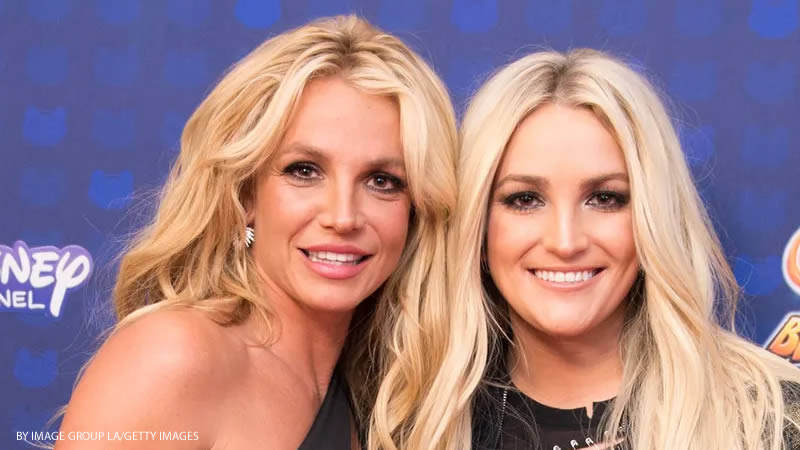 The feud between Britney Spears and Jamie Lynn Spears is escalating. In a now-deleted Instagram post, Britney called Jamie Lynn “scum” and wrote that she wanted her sister to “take a lie detector test” about what is written in her new book, Things I Should Have Said.

On January 18, Jamie Lynn’s book Things I Should Have Said was released. Jamie Lynn discusses her life as a child actor and growing up with Britney as her older sister in her memoir.

Britney published a video from The Real featuring a conversation about Things I Should Have Said in a deleted Instagram post.

“National best seller ???? DUH …. the timing of your book was unbelievable Jamie Lynn … especially knowing the whole world had no clue what was really done to me !!!!” Britney wrote in the post’s caption according to Entertainment Tonight. “My whole family including you is saying YOU DIDN’T KNOW …. Bulls*** !!!”

Entertainment Tonight reports that Spears concluded the post with, “I wish you would take a lie detector test so all these masses of people see you’re lying through your teeth about me… You are scum, Jamie Lynn.”

Jamie Lynn Spears gave an interview about her sister

Tensions between Britney and Jamie Lynn have grown since her conservatorship ended. Jamie Lynn appeared on ABC News a few days before the release of Things I Should Have Said to discuss the memoir.

Jamie Lynn described a fight she had with Britney at the beginning of the coronavirus (COVID-19) pandemic in an interview with ABC News.

“She cursed at me, so I just walked out of the room,” Jamie Lynn said on ABC News. “I was like, ‘We’re just all family under one roof. I’m not trying to argue.’ And when I tried to remove myself from the situation, that’s when I guess she just got really angry.”

Jamie Lynn continued, “And my oldest daughter tried to mediate the situation. I hated that. Like, that’s not what you’re supposed to do, you’re 12.”

Britney called out her sister on Twitter after Jamie Lynn’s interview aired on ABC News.

“Jamie Lynn … congrats babe! You’ve stooped to a whole new level of LOW … So please please stop with these crazy lies for these Hollywood books,” Britney wrote on Twitter. “NOW and only NOW I do know only a scum person would make up such things about someone …”

Britney ended the post with, “Congrats on introducing your older sister to the concept of getting LOW … LOWER … LOWEST … because you win on that one, babe !!!!”

While Britney Spears is no longer under conservatorship, fans should not expect new music from the singer anytime soon. In a recent Instagram post, the 40-year-old singer discussed the difficulties she had with her conservatory, which made her hesitant to fully return to the music industry.

Britney Spears used ‘fake denial’ to deal with her conservatorship

Spears’ most recent performance was in 2018. Following her residency in Las Vegas, the singer took an indefinite hold from live performances.

Spears went into detail in an Instagram post about how she “coped” with her conservatorship by using “fake denial.”

“I was NICE, FAKE, and I was absolutely screaming inside,” Spears wrote. “I wanted to be nice but what they did to my heart was unforgivable !!!!! I asked for 13 years to perform new songs and remixes of my old songs …. I had two months off in between each show setting for four years in Vegas … and every time I asked I was told ‘No….’”